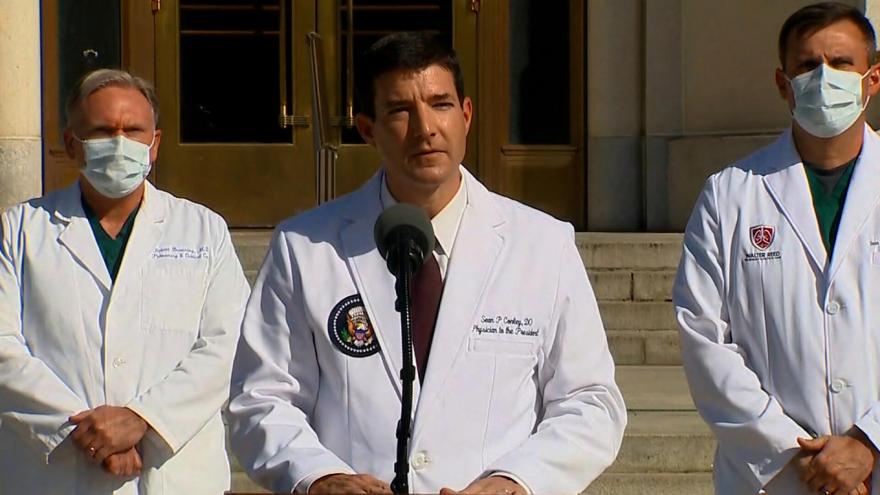 A White House official said Biden had selected Dr. Kevin O'Connor to replace Dr. Sean Conley as his doctor. It's not uncommon for a president to name his own physician when taking office, though his two most recent predecessors each retained the incumbent doctor who had attended the men who served before them.

Conley generated controversy in the fall when he admitted to offering rosy descriptions of Trump's condition because the White House wanted to project optimism. In reality, Trump suffered serious conditions like shortness of breath that required supplemental oxygen.

Biden has a long history with O'Connor, who served as his physician while vice president. He is a retired US Army colonel who served in the 82nd Airborne Division, the 75th Ranger Regiment, and the United States Army Special Operations Command.

He administered Biden's physical in 2019 and prepared a report that deemed the then-candidate "healthy" and "vigorous." At 78, Biden is the oldest newly inaugurated president in history.

A White House physician is responsible for medical care of the President, the first family and White House staff. They oversee a team of doctors and nurses that comprise the White House Medical Unit, which is headquartered in the ground level of the White House.

White House physicians travel wherever the President does, including on the Marine One helicopter and aboard Air Force One. They can frequently be seen walking a few paces behind the President, carrying a large medical bag. They also traditionally perform an annual physical and provide a summary for reporters.

Conley drew scrutiny during Trump's bout with coronavirus in the fall. He supervised a team of specialists at Walter Reed National Military Medical Center, where Trump was treated.

At first, he did not disclose the President had received supplemental oxygen, and defended the decision by saying he wanted to "reflect the upbeat attitude of the team."

"I didn't want to give any information that might steer the course of illness in another direction, and in doing so it came off that we were trying to hide something," Conley said.

He replaced Dr. Ronny Jackson, a Navy rear admiral who was nominated to be secretary of veterans affairs. Jackson later withdrew following a string of allegations that included he loosely handled prescription pain medications, was intoxicated during an overseas trip and created a toxic work environment. Jackson denied the allegations. He later ran for a Texas congressional seat as a Republican and won.

On Wednesday, Conley was seen departing the White House alongside Trump, who was making a final trip to Florida before his term ended.