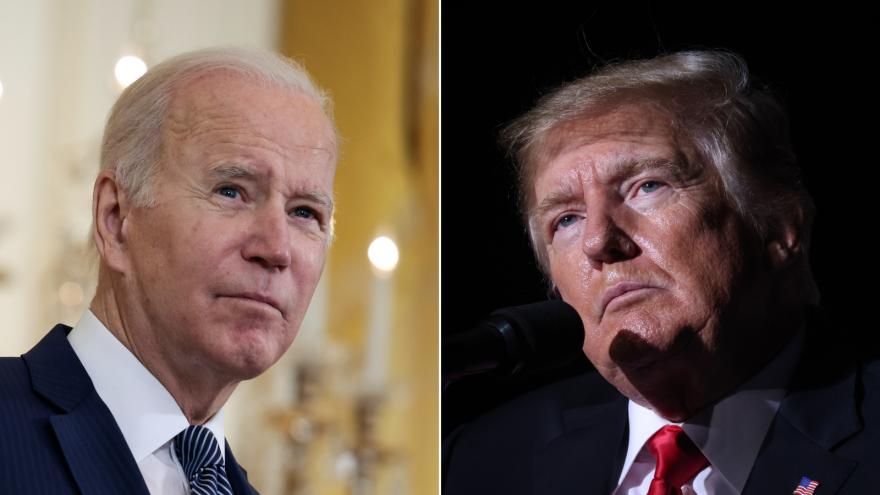 (CNN) -- President Joe Biden has rejected a request by former President Donald Trump to shield White House visitor logs from the committee investigating the January 6, 2021, attack on the Capitol, including appointments for individuals granted entry to the White House complex that day.

In a letter to the National Archives, White House counsel Dana Remus wrote Biden has determined that asserting executive privilege "is not in the best interests of the United States, and therefore is not justified, as to these records and portions of records." The New York Times was first to report on Biden's decision.

The National Archives provided these documents to the current White House for review in late January, and they include "visitor logs showing appointment information for individuals who were processed to enter the White House complex, including on January 6, 2021."

Remus explained the administration's decision by noting that, while Trump decided to block the visitor logs from public view on claims about national security, the Biden administration "voluntarily discloses such visitor logs on a monthly basis," with some exceptions.

"The Obama administration followed the same practice. The majority of the entries over which the former President has asserted executive privilege would be publicly released under current policy," Remus wrote.

It remains unclear how detailed the visitor logs were under the Trump administration or what the documents could reveal to the committee.

Citing the committee's need for information, Remus writes that Biden is also instructing the National Archives to provide these documents 15 days after its notification to the former President, "unless prohibited by court order. If the 15-day period expires on a weekend or holiday, you should provide the records to the Select Committee on the next business day."

Remus also notes the committee has agreed to treat such entries associated with appointments designated as national-security sensitive ("NSS") or otherwise-highly sensitive ("OHS") "as confidential and to refrain from sharing or discussing such entries outside the Select Committee without prior consultation."