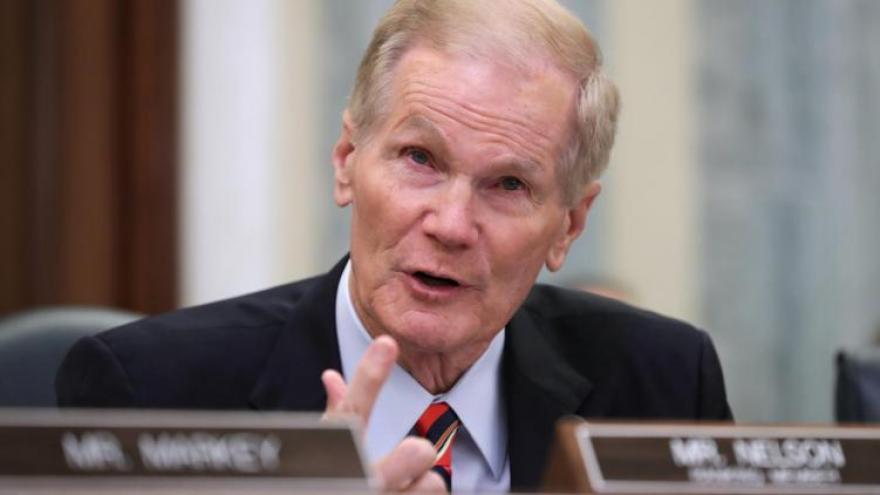 (CNN) -- President Joe Biden is poised to nominate former Democratic Sen. Bill Nelson of Florida to lead NASA, an official familiar with the decision said, elevating a longtime friend from the Senate and space aficionado as administrator of the agency.

Nelson, who flew a space shuttle mission more than three decades ago, has been a long proponent of NASA. He is not an astronaut, but is one of the rare civilians who has traveled to space.

The Verge was first to report this decision.

Though the vast majority of NASA employees have long-term careers at the space agency, it is common for incoming presidents to install new leadership at NASA's headquarters in Washington, DC.

If confirmed by the Senate, Nelson would succeed Jim Bridenstine, a Trump appointee who took office in 2018 after serving in Congress. Though Bridenstine's appointment was initially met with broad pushback on Capitol Hill, the former Oklahoma congressman managed to gain respect from the space community and many stakeholders pressed the Biden camp to keep Bridenstine in his role.

But Bridenstine told Aviation Week in November that NASA will "need somebody who is trusted by the administration" and that he would exit the role.

"What you need is somebody who has a close relationship with the president of the United States. You need somebody who is trusted by the administration ... including the OMB (Office of Management and Budget), the National Space Council and the National Security Council, and I think that I would not be the right person for that in a new administration," Bridenstine told the outlet.

Nelson had been a sharp critic of Bridenstine during his confirmation hearing, saying at the time, "I have come to believe that the position of NASA administrator, as I have said so many times in front of this committee, obviously should not be one that is partisan."

"It is a position where a failure of leadership can quite literally mean the difference between life and death," Nelson said, later concluding that he felt Bridenstine's qualifications fell short of what's necessary for a NASA administrator.

Nelson's time in the Senate also previewed the fierce advocacy for a substantial NASA budget that he is likely to take to the role if confirmed.

After then-President Barack Obama moved to slash funding for NASA's moon mission program in 2010, Nelson told CNN the decision could cause the US to fall behind other countries in space exploration.

"If they don't push hard now for research and development of the new big rocket that'll take us out of low-Earth orbit and let us explore the heavens, then we are going to be falling behind China and Russia, and that's something I don't think will sit well with the American people."