Biden mourns slain Capitol Police officer: He 'was a hero' 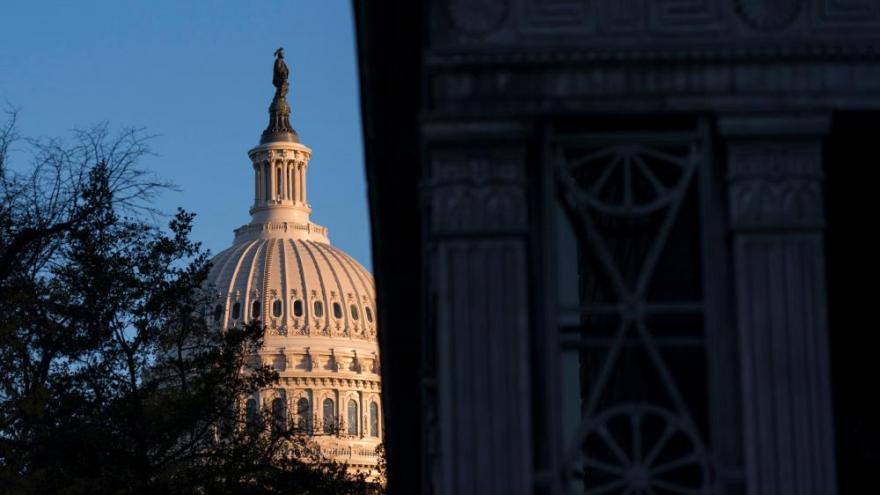 President Joe Biden, congressional leaders and members of the US Capitol Police will attend a ceremony for fallen Capitol Police Officer William "Billy" Evans, who will lie in honor in the Capitol Rotunda on April 13.

(CNN) -- President Joe Biden paid a personal tribute to fallen Capitol Police Officer William "Billy" Evans during a service at the US Capitol on Tuesday in which he praised the officer for his service and offered words of comfort to his family.

Evans, an 18-year veteran of the Capitol Police, died while protecting the US Capitol from an individual who brandished a knife after ramming his vehicle into a police barricade along the perimeter. Another officer was injured in the attack.

"I didn't know Billy, but I knew Billy. I grew up with Billies in Claymont and Scranton, Pennsylvania," Biden said.

The President continued: "Billy was always the kid that you know if you got in a fight (and) you were outnumbered 3-1, he'd still jump in knowing you'd both get beaten."

Biden told Evans' mother: "I have some idea what you're feeling like. I buried two of my children."

The President's first wife and daughter died in a car crash in 1972. Biden's son Beau died in 2015 of brain cancer.

"You're going to make it by holding each other together," Biden told Evans' family, looking at Evans' wife and two children. "Most importantly, by holding Logan and Abigail as tightly as you can. Because as long as you have them, you've got Billy."

Before speaking, Biden walked up to the family and handed Evans' daughter a toy she had dropped.

The President said: "My prayer for all of you is that the day will come when you have that memory and you smile before you bring a tear to your eyes. I promise you, it's going to come, it just takes a while."

"Your son, your husband, your brother, your dad was a hero. And he's part of you," Biden added.

Evans is lying in honor in the Capitol Rotunda on Tuesday.

"We grieve with you. We feel that shock and sorrow with you. And we'll heal together with you," Schumer said.

Evans' family released a statement last week thanking the Capitol Police Department and the law enforcement community in general for their support "in the darkest moment of our lives."

"Billy was proud to be a United States Capitol Police Officer," his family said in the statement. "His colleagues from the North Barricade were the people he spent so many hours with, and their friendship was one of the best parts of his job. We hold them in our hearts, as we know they acutely share our grief."

The other US Capitol Police officer who sprang into action to take down the man who drove through the barricade that ended up killing Evans, a suspect whom officials have identified as Noah Green, has been placed on paid administrative leave, according to a US Capitol spokesperson. The unidentified officer opened fire on the knife-wielding Green after he struck Evans and another unidentified officer, according to a report from the Metropolitan Police Department.

Acting US Capitol Police Chief Yogananda D. Pittman reflected on the day of Evans' death how difficult a time it has been for the Capitol Police force, who remain understaffed and overworked since the violent insurrection on the Capitol on January 6.

Capitol Police Union Chairman Gus Papathanasiou said in a statement earlier this month that the Capitol Police is staffed below its authorized level by 233 officers and could face larger staffing shortages as officers retire in the coming years. Papathanasiou noted the shortage is exacerbated by the continued injuries of several officers in the January 6 attack.

Evans is the second Capitol Police officer to die in the line of duty this year. Capitol Police Officer, Brian D. Sicknick, died a day after the Capitol riot on January 6 "due to injuries sustained while on-duty," the Capitol Police said in a statement. Two officers also died by suicide after responding to the riot.

Biden offered his praise to the Capitol Police and reflected on the current climate at the Capitol.

"Never has there been more strain -- and I've been here a long time ... has so much strain and responsibility been placed on the shoulders of Capitol Police," Biden said.