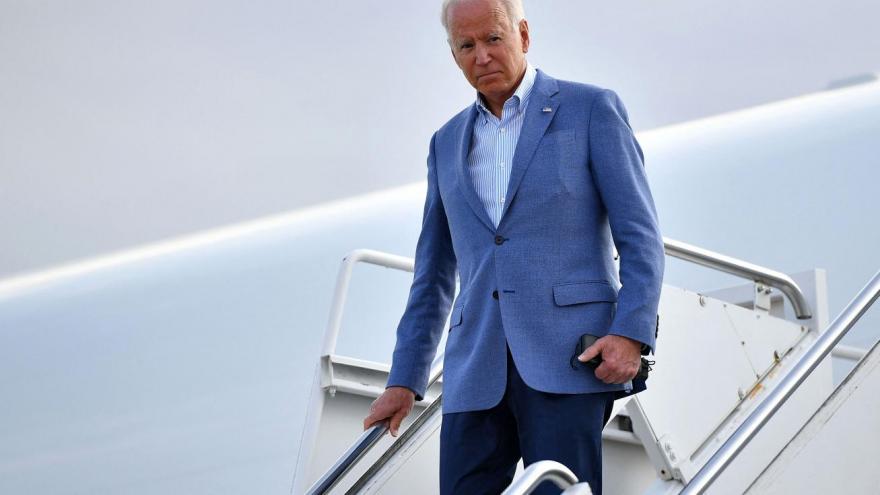 (CNN) -- President Joe Biden on Friday fired Social Security Commissioner Andrew Saul after he refused to submit his resignation as the President had requested, a White House official told CNN.

Biden had asked for the top two officials at the Social Security Administration to submit their resignations, the White House official told CNN, but only Saul refused. Deputy Commissioner David Black agreed to submit his resignation, the official said, and it was accepted.

"Since taking office, Commissioner Saul has undermined and politicized Social Security disability benefits, terminated the agency's telework policy that was utilized by up to 25 percent of the agency's workforce, not repaired SSA's relationships with relevant Federal employee unions including in the context of COVID-19 workplace safety planning, reduced due process protections for benefits appeals hearings, and taken other actions that run contrary to the mission of the agency and the President's policy agenda," the White House official said.

She is currently the deputy commissioner for retirement and disability policy at the Social Security Administration. Prior to that position, she served as a fellow at the Urban Institute, a program officer for the Ford Foundation, and a senior policy analyst for the Center on Budget and Policy Priorities. She holds a doctorate in public policy and has led and participated in research regarding Social Security, racial equity, economic security and retirement security.

The Washington Post was first to report on Saul's dismissal.

The White House cited a Supreme Court ruling establishing the President's ability to remove Saul from the role, according to the Post.

But in an interview with the Post on Friday, Saul said he does not intend to leave his role, questioning whether it was legal for the White House to have dismissed him from the position.

"I consider myself the term-protected Commissioner of Social Security," he said.

Saul told the Post he first heard the news of his dismissal in an email Friday morning from the White House Office of Personnel, calling his dismissal a "Friday Night Massacre."

"This was the first I or my deputy knew this was coming," he told the newspaper. "It was a bolt of lightning no one expected. And right now it's left the agency in complete turmoil."

Biden's decision to oust Saul was met with dismay by Republican leaders in Washington.

"This removal would be an unprecedented and dangerous politicization of the Social Security Administration," Senate Minority Leader Mitch McConnell said in a Friday tweet before the news of Saul's firing broke.

But on the other side of the aisle, Rep. Bill Pascrell said Friday that he welcomes the "overdue" removal of Saul and Black.

Pascrell -- a New Jersey Democrat who's the chairman of the House Ways and Means Subcommittee on Oversight -- had for months been calling for the duo to be fired to "protect Social Security" and wrote a letter to the President in March expressing that he wanted them out of the agency.

"The leadership of the Social Security Administration under these men has been marked by a stunning streak of disregard, callousness, and destruction of the agency," Pascrell said Friday in a statement. "Saul and Black acted as foxes in the henhouse. Their agenda was not to protect Social Security but to impose cruelty on America's seniors and disabled. Their removal is overdue and welcome."

"Once again, the President has moved with decisiveness to build a better nation. Social Security is in deep trouble. I look forward to the nomination of a new commissioner who will be a partner for the Biden administration and be dedicated to protecting this program, not dismantling it. It's a new day," Pascrell said.

Saul and Black are not the first Trump appointees to be removed by the Biden White House, nor is Saul the first to question the legal authority President Joe Biden holds in removing his predecessor's appointees.

Last winter, the Biden administration made an effort to remove multiple Trump appointees across various government agencies and boards.

This story has been updated with further details and background information.