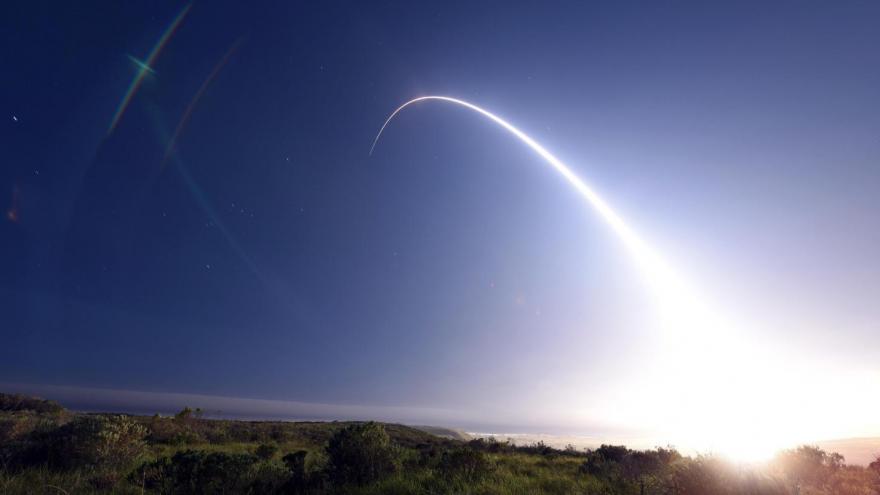 Any significant cuts to the program would likely raise concern among hawkish Republicans and potentially some Democrats who believe that expanding America's nuclear program is critical to US national security, particularly as the clock runs out on a post-Cold War-era nuclear agreement with Moscow, which is set to expire just 16 days after Biden takes office.

Biden intends to revisit the more than $1 trillion nuclear modernization program and explore whether the development of new weaponry warrants the expenditure, the three sources told CNN. Specifically, Biden and his top advisers will be looking at whether to reduce Pentagon spending in the overall nuclear modernization strategy and will look to reverse efforts by the Trump administration to develop a new warhead, the three people said.

The issue is partly budgetary, experts explain, with the nuclear program eating up a chunk of the Pentagon's budget that might otherwise be allocated to evolving conventional and asymmetric weaponry. Last week, The Wall Street Journal reported that Biden was looking at trimming funding for nuclear weapons.

The nuclear modernization program is viewed as an essential element to US national security, but many experts believe it has grown bloated under President Donald Trump and now requires significant and sustained increases in overall military spending in the coming decades. Instead, the Biden team hopes to renew nuclear talks with Russia and other world powers in an effort to promote arms control, the official said.

While Biden works to appoint an arms control czar who would need to go through the tedious confirmation process, he is likely to green light a swift, short-term extension to the arms agreement with Moscow, known as New START, then approach Moscow for more substantive talks, one of the people said.

The person described it as "an important issue" to the President-Elect, a longtime nonproliferation advocate who wrote in a March 2020 essay that he would pursue the New START treaty and "use that as a foundation for new arms control arrangements."

A broad overhaul of the country's nuclear arsenal has been underway for half a decade, beginning under the Obama administration, which aimed to replace the planes, missiles and submarines the US military would use to launch nuclear weapons at enemy targets.

When Trump took office, he argued that a concrete strategy promoting the development of new US air, land and sea-based nuclear systems was overdue and he looked to develop a new land-based intercontinental ballistic missile, and new sea-based weapons, including a submarine-launched cruise missile, adding to the strategy's original price tag. Trump's first Defense Secretary James Mattis, his former national security adviser HR McMaster and others advocated for the expansion of the program when the Trump administration wrapped up its review of nuclear forces in February 2018.

Under the Trump administration, the US aimed to spend nearly $500 billion, including inflation adjustments, to maintain and replace its nuclear arsenal over the next decade, according to the Congressional Budget Office. This represents an increase of $100 billion, or about 23%, from the projected cost as of the end of the Obama administration. Experts estimate that nuclear modernization, at current spending levels, will soar above $1 trillion over 30 years.

Biden now calls the shots on whether to pursue plans to build the W93 submarine-launched atomic warhead, which the Trump administration has lobbied for since taking office.

"If they don't get costs under control, they'll have to make hard decisions about other conventional weapons programs, including Navy ship surface requests," said Daryl Kimball, executive director of the Arms Control Association. "We advise the incoming administration to pause about three of the programs started under the Trump administration, including the ground-based strategic deterrent program."

Biden said last year in a questionnaire with the Council for a Livable World that he supports America's right to maintain "a strong, credible deterrent while reducing our reliance and excessive expenditure on nuclear weapons." He did not say whether he will revoke support for specific projects, only going as far as to say that he does not support the development of new low-yield nuclear weapons being pursued by the Trump administration.

The Obama administration agreed to undertake the modernization program in exchange for Republican ratification of the 2010 New START nuclear arms reduction treaty with Russia -- but now, that pact is in serious doubt.

Trump has repeatedly signaled his interest in leaving the three-decade old New START agreement, designed to reduce the risk of war between Russia and the West.

Efforts by the Trump administration to renegotiate the pact ramped up in the weeks before the election. However, those efforts have since stalled and its fate is now uncertain, largely due to its failed effort to bring China to the negotiating table for trilateral arms talks, a prospect China has repeatedly rejected.

This follows a decision by the administration last year to formally withdraw from the Intermediate-Range Nuclear Forces treaty -- a landmark Cold War-era nuclear treaty with Russia that limited the development of ground-based missiles with a range of 500 to 5,500 kilometers.

Biden has said that he wants to extend the New START treaty with Russia and use the accord as a foundation to pursue future arms-control arrangements. But transition officials acknowledge that the relationship between Washington and Moscow has grown significantly more complicated since Biden was last in office, and particularly in recent weeks following revelations that Russia-linked hackers comprised US government software.

The treaty allows for a five-year extension, although Biden has not been approached with options on how to proceed and so it remained unclear whether he will pursue a short term extension to buy time for further negotiators, or if his team will finalize a lengthier treaty in the two-and-a-half weeks before the clock runs out, the transition official said.

In October, U.N. Secretary-General Antonio Guterres warned that the world is living "in the shadow of nuclear catastrophe," fueled by growing distrust and tensions between the nuclear powers. He added that progress on ridding the world of nuclear weapons "has stalled and is at risk of backsliding," and that strains between countries that possess nuclear weapons "have increased nuclear risks."

Despite progress in reducing Cold War nuclear arsenals, the world's combined inventory of nuclear warheads remains at a very high level, although the number is reducing. Approximately 91% of all nuclear warheads belong to either Russia or the US, each of which has around 4,000 warheads in their military stockpiles.

That said, the US, Russia, and the UK are reducing their overall warhead inventories, France and Israel have relatively stable inventories, while China, Pakistan, India, and North Korea are increasing the number of warheads they possess, according to the Federation of American Scientists. This is particularly troubling to the US and other allies who see an uptick in border disputes between China, India and Pakistan.

Experts note that a counterbalance to the potential scaling down of America's nuclear program by the Biden administration is strengthening conventional military and asymmetric cyber capabilities. That will make efforts to negotiate with Moscow all the more imperative.

Beyond Moscow, Biden will also need to make tough decisions with regard to other countries whose nuclear programs have been viewed as a direct threat to the US and its allies. That includes finding ways to integrate China into future arms control and strategic stability efforts, as well as dealing with North Korea and Iran, and growing border tensions between neighboring nuclear powers India and Pakistan.

"The Biden administration will face extreme budget pressures to tackle issues from the pandemic, to green energy investments, to domestic and social justice priorities that would impact on traditional defense spending," said Jeff Abramson, director of the Forum on the Arms Trade and a senior fellow at the Arms Control Association. "Within the first days of his administration, it will also be clear if he will take a new approach on arms sales issues."

CLARIFICATION: This story has been updated to clarify that the New START nuclear arms reduction treaty originated after the Cold War.