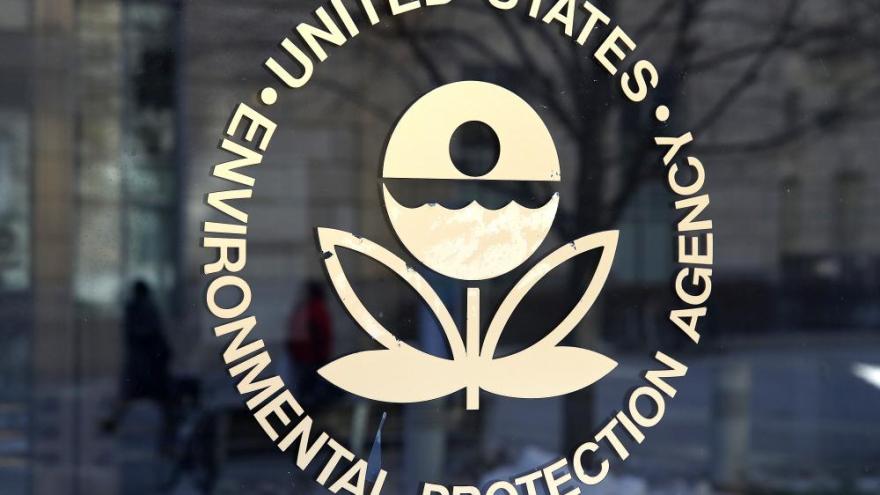 The Biden administration unveiled a plan on June 2 to undo Trump-era rule changes to a key section of the Clean Water Act, essentially giving states, territories and tribes more say on fossil fuel or industrial projects that could pollute their watersheds.

(CNN) -- The Biden administration unveiled a plan Thursday to undo Trump-era rule changes to a key section of the Clean Water Act, essentially giving states, territories and tribes more say on fossil fuel or industrial projects that could pollute their watersheds.

The Environmental Protection Agency's proposed rule centers on Section 401 of the Clean Water Act, a longstanding provision that gives states more authority to certify or deny federal permits that are necessary for certain projects, including oil and gas pipelines.

Section 401 became a flashpoint in the Trump administration between Democratic governors with ambitious climate goals and Trump officials who wanted to promote more fossil fuel projects.

In some states, including Washington and New York, Democratic governors used that authority during the Trump administration to deny permits for fossil fuel projects. That caused Trump's EPA to revise the regulation -- shortening the amount of time states could have to make a determination and saying states could only consider water quality issues in the process.

The Trump-era change was part of that administration's policies to streamline permitting processes for fossil fuel projects.

In a statement, Regan emphasized that the agency tried to find middle ground between giving states, territories and tribes more say on their water, while also not hindering infrastructure around the country.

The EPA says the rule change will streamline the permitting process, setting a reasonable period of time for states to certify projects, giving them up to a year. It also restores a broader scope of review for states, territories and tribes certifying project to determine whether a project will harm their waterways. The new rule also calls for project proponents to actively engage with the states that are in charge of signing off on projects.

Julia Anastasio, executive director and general counsel for the Association of Clean Water Administrators, told CNN she believed the agency had struck a middle ground between permitting projects and giving states a say, adding the process under the Trump administration was often confusing and lacked coordination between federal agencies and states.

"It seems as if the agency thoughtfully considered the comments and concerns of their co-regulatory partners (the states) and restored the balance of cooperative federalism," Anastasio said.

In a statement, American Gas Association president Karen Harbert said states have dragged their feet on certifying projects and expressed concern about the Biden EPA changes.

"It should not take longer to get the permits and permissions for a pipeline than it does to build one," Harbert said. "We are concerned that the proposed rule will veer from the intent that Congress had when authoring the Clean Water Act and will allow some states to delay and increase costs for essential energy infrastructure."

EPA will take public comment on the proposed rule for 60 days after it is published in the Federal Register.