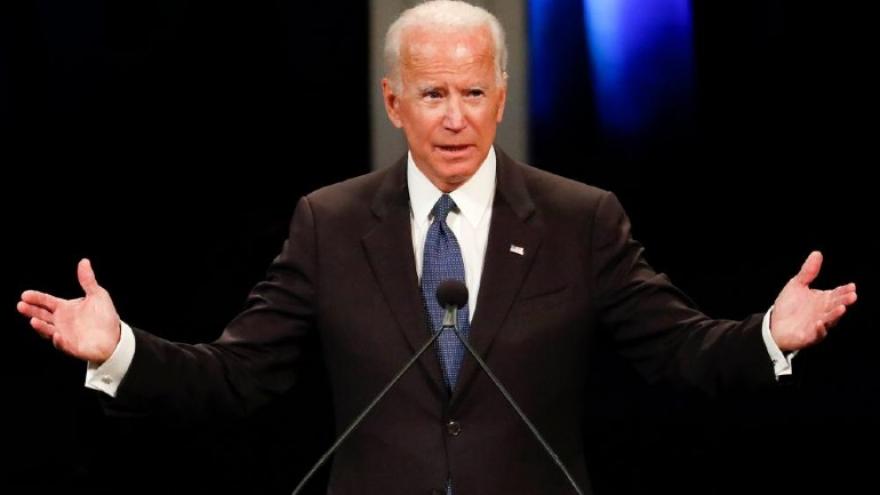 MADISON, Wis. (AP) — Democratic presidential front-runner Joe Biden came out in support of a pair of Wisconsin school district referendums on Tuesday, a week before the state’s presidential primary election.

The highly unusual move of a presidential candidate weighing in on a local school referendum comes as Biden and other candidates have been sidelined due to the coronavirus pandemic. Neither Biden nor his Democratic opponent, Vermont Sen. Bernie Sanders, has campaigned in Wisconsin this year.

Biden came out in support of school referendums in Milwaukee, the state’s largest school district, and Racine. The Milwaukee referendum would cost taxpayers $87 million while the one in Racine comes with a $1 billion price tag. They are among more than 40 districts across the state seeking more than $1.6 billion in referendums in the April 7 election.

Milwaukee’s money would toward operational expenses, including staff and programming. Racine’s is for the renovation and construction of facilities.

“We need to invest in our public schools and our students, and that’s why I’m proud to support these two referendums to support our schools in Milwaukee and Racine,” Biden said in a statement.

Milwaukee and Racine are both heavily Democratic cities in a state that’s closely divided. President Donald Trump won Wisconsin by fewer than 23,000 votes in 2016 and the state is expected to be one of the most important battlegrounds in November as well.

Biden, the former vice president, has been endorsed by the National Education Association and the American Federation of Teachers. The NEA has also endorsed the Milwaukee referendum.