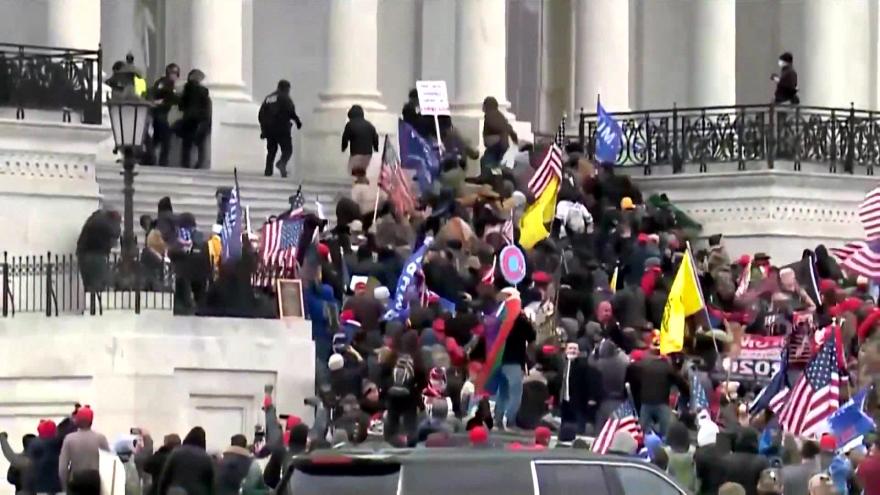 WASHINGTON (AP) — Standing in front of the Capitol, President Joe Biden paid tribute on Saturday to fallen police officers and honored those who fought off the Jan. 6 insurrection at that very site.

Biden said that because of the actions of law enforcement officers on that day, "democracy survived."

The president spoke at the 40th Annual National Peace Officers' Memorial Service to remember the 491 law enforcement officers who died in the line of duty in 2019 and 2020.

It was at the Capitol nine months ago that a violent mob tried to block his ascension to the presidency.

Biden singled out the 150 officers who were injured and the five who died in the attack's aftermath.