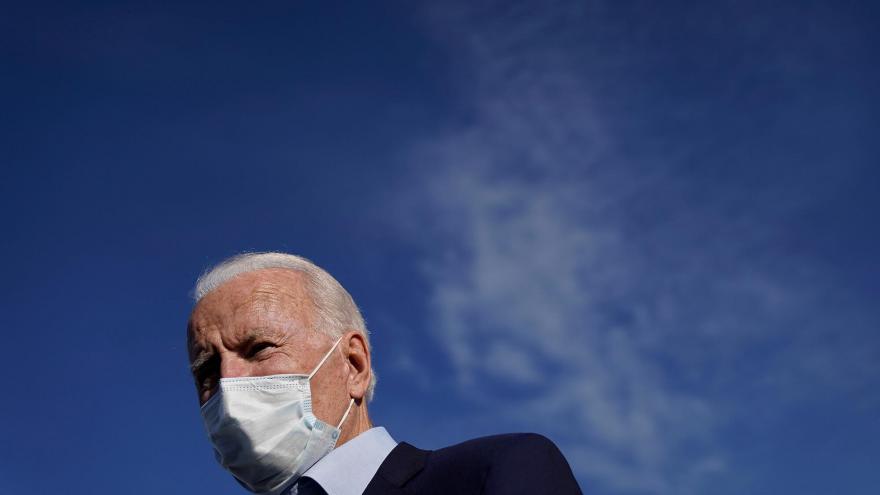 Biden campaigns on strengthening the Affordable Care Act as Trump undermines it.

However, Biden has not swayed from his commitment to continue allowing private plans -- despite the pressure from the Democrats' progressive wing, which wants to put the federal government at the center of the nation's health care system, akin to Sen. Bernie Sanders' "Medicare for All" proposal.

"Competition and the option of private insurance plans remain central in this approach," said Linda Blumberg, institute fellow in the Health Policy Center at the Urban Institute.

While a joint Biden-Sanders task force yielded a few changes to the former vice president's health care proposal this summer, the campaign stuck with the more moderate path that Biden had advocated throughout the Democratic presidential primary.

His initial plan, unveiled in the summer of 2019, would insure an estimated 97% of Americans, though it would still leave 10 million people without coverage. That projection does not include more recent changes.

Provide bigger subsidies: Under Biden's plan, everyone buying coverage on the Obamacare exchanges would have access to federal premium subsidies. (Under Obamacare, only those making less than 400% of the poverty level, or roughly $50,000 for an individual and $103,000 for a family of four, qualify for federal help.)

Those subsidies would cap premiums at a maximum of 8.5% of income, rather than up to roughly 10% under the Affordable Care Act. And Biden would tie the premium subsidies to more generous gold plans -- which have lower deductibles and out-of-pocket costs -- rather than silver policies, so enrollees would spend less when they visit the doctor or a hospital.

Those with job-based coverage could buy policies on the Affordable Care Act exchanges and receive subsidies, which is not currently allowed under the law.

Coverage would be less expensive for nearly all current Obamacare enrollees, as well as those who are priced out of the market, according to a recent Kaiser Family Foundation analysis of a proposal like Biden's. A 40-year-old earning $50,000 would pay 32% less per month for the benchmark gold plan, for instance.

Also, more than 12 million people with employer-based policies would pay a smaller share of their incomes for health insurance by switching to exchange plans, Kaiser found.

Create a public option: The former vice president would offer a government-run health insurance option on the Affordable Care Act exchanges that would compete with private plans. The campaign hasn't provided a lot of details about the option, but the goal would be that it could offer lower premiums because it could use the government's heft to negotiate lower payment rates to providers, much like Medicare does.

Cover more low-income Americans: Biden would automatically enroll uninsured, low-income Americans either in the public option or in Medicaid, depending on whether their states expanded Medicaid to those making less than 138% of the poverty level, or roughly $17,600 for an individual. Those put into the public option would not have to pay premiums.

Lower Medicare eligibility age to 60: In a nod to progressives, Biden agreed to add to his platform a measure that would allow older Americans to sign up for Medicare at 60, instead of the current 65.

Allow Medicare to negotiate drug prices: The former vice president would push to repeal the law that bars Medicare from negotiating with pharmaceutical manufacturers. He also would limit launch prices for drugs that face no competition. And he'd allow consumers to buy medications from other countries.

Let undocumented immigrants sign up for unsubsidized coverage: Biden would allow the undocumented to enroll in policies on the Affordable Care Act exchanges but they would not be eligible for federal subsidies.