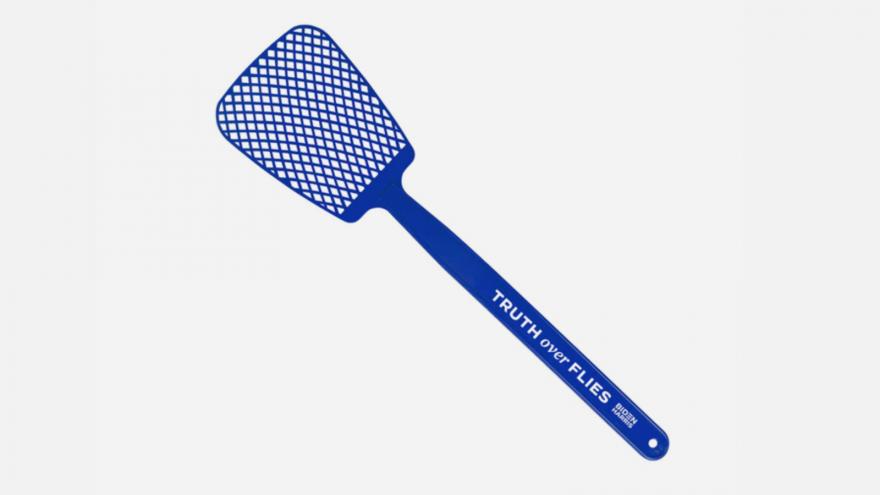 (CNN) -- The Biden campaign didn't miss a beat trying to capitalize on the, um, buzz of the vice presidential debate.

Within minutes of the debate wrapping up Wednesday, the Biden campaign tweeted a photo of Joe Biden with a fly swatter and a caption that said, "Pitch in $5 to help this campaign fly."

In case you missed it: A fly very noticeably landed on Vice President Mike Pence's stiffly coiffed head as he debated Sen. Kamala Harris. The fly lingered, and the internet couldn't stop talking about it.

And within a few hours more, a campaign spokesperson said, the nearly 35,000 swatters had sold out.

"We saw the internet and our supporters sharing a viral moment online, so our digital team came together on the fly," Zach McNamara, the merchandise director for the Biden campaign, said. The goal was to show that "Joe Biden and Kamala Harris will always choose truth over lies, science over fiction, and unity over division," he added.

Etsy sellers are also jumping on the trend, with various T-shirts reading "fly will vote" and "truth over flies" next to the Biden-Harris logo. One Etsy seller, Artemisa Clark, is selling a face mask that features a photo of Mike Pence with the fly on his head. She said she had already sold 1,666 masks, and she's also selling T-shirts and sweatshirts with the image.