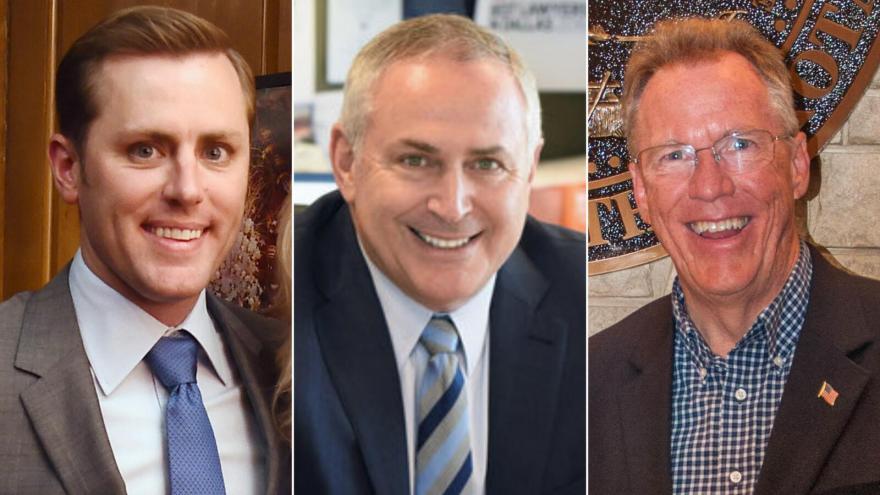 President Joe Biden is announcing a new round of ambassador picks, which includes two top donors to his 2020 presidential campaign.

(CNN) -- President Joe Biden announced a new round of ambassador picks on Friday, which includes two top donors to his 2020 presidential campaign.

The President nominated Scott Miller, an LGBTQ rights activist and philanthropist, to be the next US ambassador to Switzerland. Miller and his husband Tim Gill have long been top Biden donors, giving money to his presidential campaign, foundation and political action committee.

Miller is the co-chair of the Gill Foundation's board of directors, a foundation focused on LGBTQ equality. He was previously an account vice president at UBS Wealth Management in Denver, Colorado.

The President also nominated Marc Stanley, a Biden bundler and Texas attorney, to be the next US ambassador to Argentina.

The President rounded out his ambassadorial picks by nominating David Gilmour, a career member of the Senior Foreign Service, as ambassador to Equatorial Guinea. Gilmour previously served as US ambassador to Togo and has served in several assignments across Africa, Central America and Australia.

All of the ambassadorial nominees require Senate approval.

Miller and Stanley are not the only Biden donors to be nominated to ambassador-level posts.

Last month, Biden announced his ambassador picks for Canada, Slovenia and Austria. All three nominees were or had spousal ties to Biden campaign bundlers.

While the appointment of presidential political allies and donors to plush ambassador posts has long been the norm in Washington, Biden officials indicated earlier this spring that they were planning for a larger percentage of career ambassadors than the Trump administration.

The Biden administration's nominations for ambassadors started off slow. Focused on the pandemic and with international borders closed, the President went more than two months into his presidency without naming a single ambassador to send overseas.

Despite the pace having picked up on nominations, there are still key vacancies among US ambassadorships. And while Biden has made nominations, the US does not have any confirmed ambassadors installed in key countries such as China, Canada, India, France or Israel.