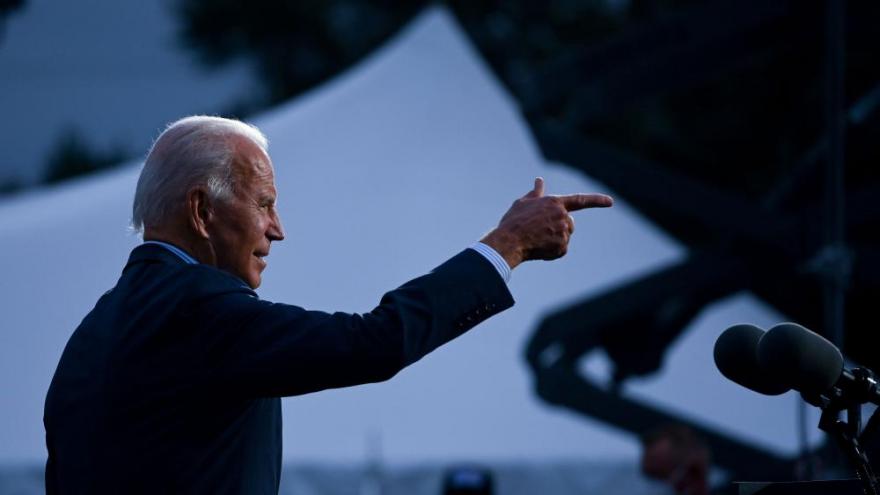 The September total surpasses Biden's August haul of $364.5 million, which the campaign then categorized as "the best month of online fundraising in American political history." The former vice president's campaign has raised three-quarters of a billion dollars in just two months, a colossal amount of fundraising that has helped heap pressure on President Donald Trump's campaign to keep up.

Biden now has $432 million in the bank to sustain his campaign through the last month of the race, per campaign manager Jen O'Malley Dillon.

Trump had a sizable advantage throughout much of the campaign in cash on hand, which is the amount of money available for a campaign to spend. However, a combination of heavy spending and increased donations sparked by the Democratic National Convention and the addition of Sen. Kamala Harris to the Democratic ticket in August helped Biden's campaign overtake the President's reelection bid by more than $141 million.

In a video announcing the September number, Biden shared the news with a grassroots supporter named Trimicka.

"That's more money than I've ever raised in my whole life," he said. "I'm really humbled by it."

Over half of the money raised -- $203 million -- came from online donors, O'Malley Dillon said, and the campaign added 1.1 million new donors last month alone, accounting for 20% of their total of 5.5 million donors throughout the entire campaign.

The average contribution was $44.

The Trump campaign has not yet announced its September fundraising numbers.

While Biden struggled at times to compete financially with his competitors during the Democratic primary, that changed quickly once he officially became the nominee. After a handful of good fundraising quarters, Biden began closing the cash-on-hand gap with the Trump campaign this summer.