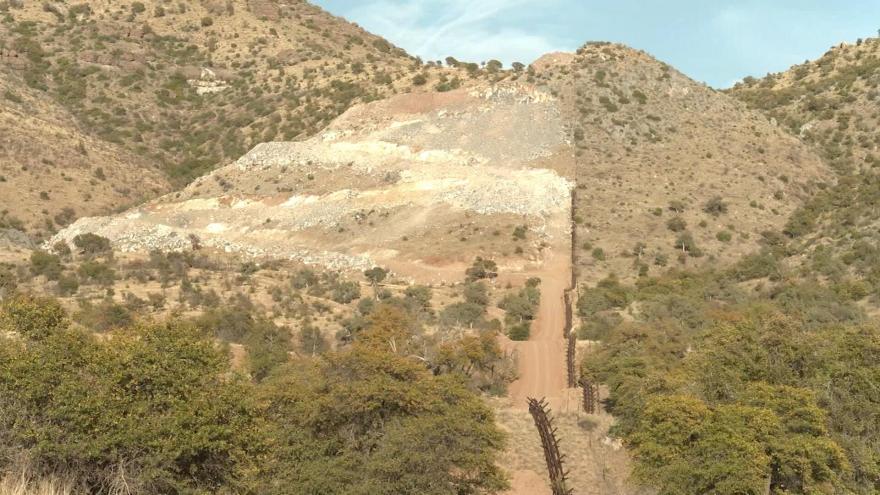 The Biden administration is returning $2 billion to military projects that had been set aside for the construction of the border wall.

(CNN) -- The Biden administration is returning more than $2 billion to military projects that had previously been set aside for the construction of former President Donald Trump's border wall, the White House Office of Management and Budget said Friday.

In one of his first actions in office, President Joe Biden ordered a pause on wall construction and called for a review of projects and funds. Friday's announcement builds on the Biden administration's decision to cancel all contracts for wall construction on the US-Mexico border that used funds originally intended for military missions and functions.

The administration is now taking steps to send back billions' worth of funds to the Pentagon, so that they can be used for their initial purpose. That includes returning military construction funds to 66 previously deferred projects in 11 states, 3 territories, and 16 countries.

The move, according to the OMB, will restore funds for on-base schools, hangars, housing, and facilities, including more than $10 million for the missile field expansion at Fort Greely in Alaska and $79 million for an elementary school for US military children in Germany.

The Biden administration's decision to halt construction has attracted criticism from Republicans, including Texas Gov. Greg Abbott. During a Border Security Summit in Del Rio, Texas, Thursday, Abbott announced an initiative to build barriers along the Texas-Mexico border.

Since 2019, more than 340 miles have been built in multiple locations along the border using Pentagon funds, according to US Customs and Border Protection. And roughly 52 miles were built where no barrier previously existed. Some wall segments cost up to $46 million per mile, according to OMB.

"Building a massive wall that spans the entire southern border and costs American taxpayers billions of dollars is not a serious policy solution or responsible use of Federal funds. Most contraband is likely to come through legal ports of entry. And many families fleeing the violence in Central America are voluntarily presenting themselves to border patrol officials," OMB said in its fact sheet, outlining the announcement.

The US Army Corps of Engineers is in the process of canceling 20 contracts for construction of the southern border wall, their commanding general testified to Congress this week.

"We have 20 contracts that we've terminated for the government's convenience. And we're in negotiations now with each of those 20 vendors to work through what those final bills will be," Lt. Gen. Scott Spellmon testified at a budget hearing with the Senate Appropriations Energy and Water Development subcommittee.

The Department of Homeland Security, meanwhile, is using appropriated funds to address environmental issues stemming from the Trump administration's wall construction, as well as for construction clean up. The department is also reviewing the status of land seizure cases for wall construction, as well as land acquired in previous years, to assess whether those properties are still necessary. "If DHS determines it no longer requires the use of such land, it will work to return the land to its prior owners," according to OMB.

Biden's fiscal year 2022 budget included over $1 billion for border infrastructure, like technology, but no additional funding for border wall construction.