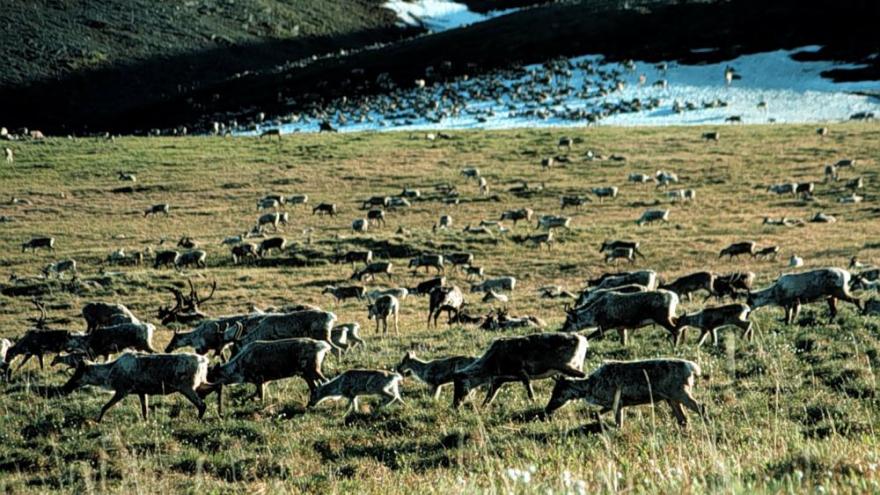 The decision comes after President Joe Biden issued an executive order earlier this year instructing the Interior secretary to place a temporary moratorium on oil and gas leasing activities there, pending a review. The President's order pointed to "alleged legal deficiencies underlying the program," such as the "inadequacy" of its previous environmental review.

The suspension represents the latest move by the Biden administration to reverse Trump-era environmental policies, which advocates and Democrats have said tended to favor business interests. On his first day in office, Biden canceled the Keystone XL pipeline, and in February, the US officially rejoined the landmark international accord to limit global warming known as the Paris Agreement, which Trump pulled the country out of in 2020.

The Trump administration last November started a leasing process for oil and gas drilling sites off the Arctic National Wildlife Refuge, something environmental groups viewed as a potential last-minute giveaway to the energy industry before the Biden administration took over.

The Interior Department said in a statement on Tuesday that under the Trump administration, the Bureau of Land Management "held a lease sale on January 6, 2021, and subsequently issued 10-year leases on nine tracts covering more than 430,000 acres."

The 19.3-million-acre ANWR is partly comprised of nearly 1.6 million acres of coastal plains, which is both a sensitive environmental area and "highly prospective for oil and gas resources," according to the bureau.

The agency has said it is required by the 2017 federal tax law to conduct two leases in the ANWR coastal plain area by 2024.