Biden administration to slash use of greenhouse gases used in refrigeration 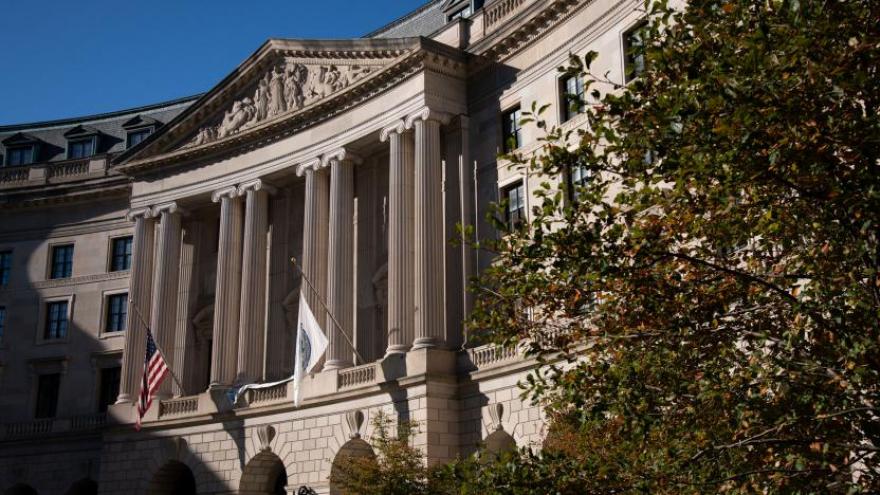 A general view of the Environmental Protection Agency building in Washington, DC, on November 20, 2020.

(CNN) -- The Biden administration announced Thursday it will reduce the use of hydrofluorocarbons, the potent greenhouse gases also known as HFCs that are used in air conditioning and refrigeration, by 85% in the next 15 years.

The administration will set caps on the production and import of HFCs, enforcing the limits and cracking down on illegal trade, while also investing $8 million over the next five years to find alternatives.

The announcement comes ahead of a major United Nations climate conference in November, in which the US hopes to show progress on President Joe Biden's climate goals and reassert its leadership on the crisis.

The US Environmental Protection Agency's final rule on HFCs follows bipartisan congressional action last year to phase out the polluting gases. The EPA will reduce the production and use of HFCs incrementally, starting with a 10% reduction next year.

The Biden administration will also look to block illegal trade and imports of HFCs, including with a tracking system, third-party audits, and a newly formed interagency task force led by the EPA and Department of Homeland Security.

"It's frankly, folks, a very big deal," White House national climate adviser Gina McCarthy said. "HFCs are found in a range of appliances and other products, and they are thousands of times more potent than carbon dioxide is in terms of how intensely they warm the climate."

On a call with reporters, McCarthy and EPA chief Michael Regan likened the HFC reductions to cutting 4.5 billion metric tons of carbon dioxide-equivalent by 2050, totaling nearly three years of US power sector emissions.

A fact sheet from the White House said the new steps would put the US in line with key provisions contained in the Kigali Amendment to the Montreal Protocol, an international agreement to regulate HFCs reached in 2016.

Still, when pressed by reporters on when Biden would bring the Kigali Amendment to the Senate for the US to formally join it, McCarthy demurred on timing.

"There is no hold-up, I just don't know when the President is intending to do this, and we'll let you know as soon as we can," McCarthy said. "But make no mistake, the President understands the importance of the Kigali Amendment."

Thursday's announcement coincides with this week's gathering of world leaders at the UN General Assembly, where the issue of the climate crisis tops the agenda. During his Tuesday speech to the UN General Assembly, Biden said he would double the US' financial commitment to help developing nations confront the climate crisis to $11.4 billion per year.

He also announced last week that the US and European Union have launched a global pledge to reduce emissions of methane -- another greenhouse gas -- by nearly 30% by the end of the decade.

Hydrofluorocarbons were developed as substitutes to other chemicals that depleted the stratospheric ozone layer.

HFCs are released through manufacturing processes but also from leaks, servicing, and disposal of equipment in which they are found.

The main emissions source for HFCs come from their use as refrigerants in air conditioning systems found in vehicle and buildings, including supermarkets. Besides refrigerants, HFCs are also used as aerosol propellants and fire retardants, among other uses.

Though HFCs, which are categorized as fluorinated gas emissions, make up a smaller percentage of greenhouse gas emissions, they are potent and have a high global warming potential, the EPA says.

Fluorinated gas emissions in the US have increased by about 86% during an almost 30-year period, with HFCs emissions being the main driver, according to the EPA.