Biden administration to propose significant increase in refugees admitted to US 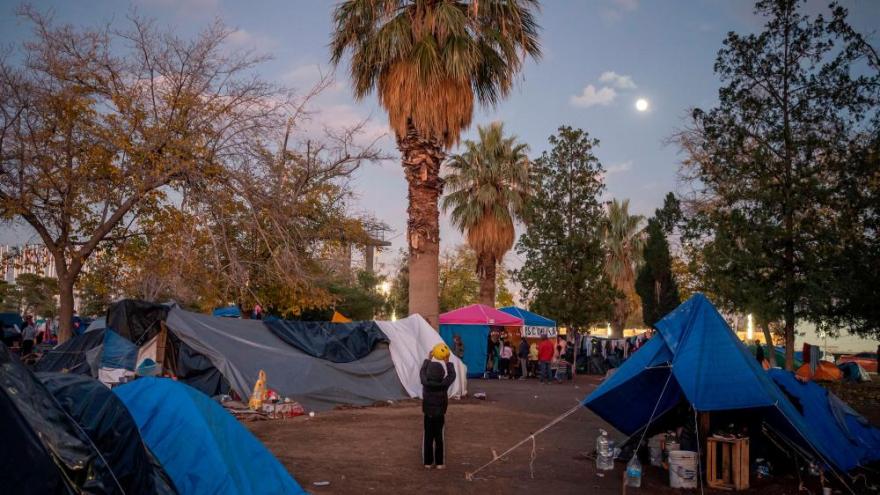 The Biden administration proposes a significant increase in refugees admitted to USA. This image shows an encampment of asylum seekers from all around Mexico on December 10, 2019 in Ciudad Juarez, Mexico.

(CNN) -- The Biden administration is proposing to revise the number of refugees that can be admitted to the United States in fiscal year 2021 to 62,500, a significant increase from the 15,000 cap put in place under former President Donald Trump, according to a report obtained by CNN.

The proposal comes after President Joe Biden underscored the importance of reclaiming the US posture in the world this week, which includes allowing more refugees to come to the country as was done under previous administrations.

"Today I'm approving an executive order to begin the hard work of restoring our refugee admissions program to help meet the unprecedented global need. It's going to take time to rebuild what has been so badly damaged. But that's precisely what we're going to do," Biden said Thursday in his first foreign policy speech as President.

The refugee cap, which dictates how many refugees may be admitted to the US annually, must be approved by the president after consultation with Congress. But where the cap has often been viewed as a goal to be reached, the number of refugees admitted fell short under the Trump administration.

Building up refugee admissions was a focus of the transition team prior to Biden taking office. Officials assessed what needed to be done to eventually hit Biden's goal of 125,000 admissions after years of low arrivals that left behind a gutted system. And this week, Biden signed an executive order intended to rebuild and enhance the programs in place to pave the way for more arrivals to the US.

Here are the executive actions Biden has signed so far

There are more than 20 million refugees worldwide, according to the United Nations refugee agency. The Biden administration took that into account in its proposal to revise the fiscal year cap and nodded to the changing circumstances of the coronavirus pandemic in the US, including the distribution of vaccines.

"Furthermore, the ongoing and changing circumstances of the COVID-19 pandemic, such as the increasing distribution of recently developed COVID-19 vaccines in the United States and increased ability to use testing and other safety measures here and abroad, means that more refugees in the U.S. Refugee Admissions Program (USRAP) are expected to be able to come to the United States in this fiscal year," the report reads.

Since October, only around 11,800 refugees have been admitted to the US, according to the report, citing the pandemic, which led to a temporary pause on arrivals and shuttered offices abroad.

"Expansion of the USRAP in both numbers and in eligible populations will unleash the full weight of U.S. diplomatic and humanitarian programs towards resolving protracted refugee crises," the report continues.

Given the pandemic and related travel restrictions, as well as other challenges, it's unlikely that the administration will reach its refugee ceiling this fiscal year but it sets the tone and signals an intent to admit more in the future.

Each year, the administration sets a limit on how many refugees may be admitted to the US. Historically, the number of admissions has fluctuated according to world events, though it's generally been high.

From fiscal years 1990 to 1995, for example, many refugees arriving in the US were from the former Soviet Union, according to the Pew Research Center.

This story has been updated with background and more details from the report.