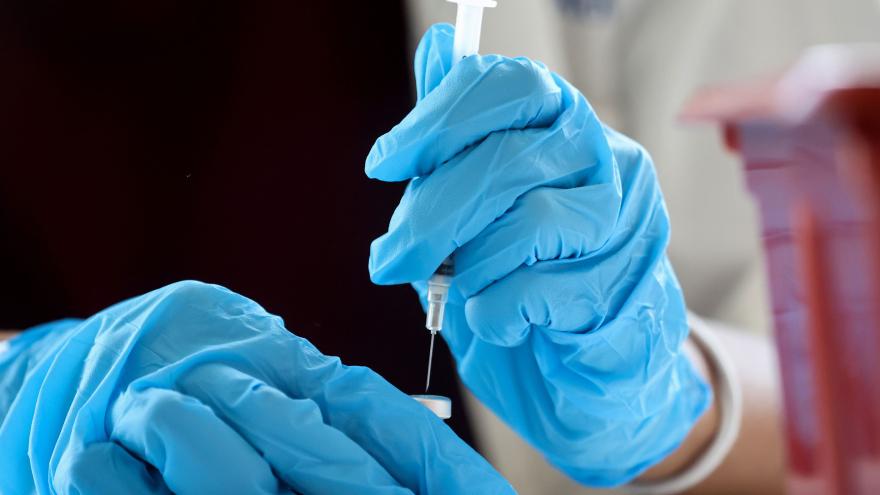 (CNN) -- The Biden administration is preparing to move forward with a plan to stretch the limited supply of monkeypox vaccine doses that would allow providers to use one-fifth as much per shot, two people familiar with the plans said.

The Biden administration is set to announce a new emergency declaration as early as Tuesday afternoon that would enable providers to inject one-fifth of the currently authorized dose into the skin, rather than a full dose into underlying fat. The move was first reported by the New York Times.

The move comes less than a week after the Biden administration declared monkeypox a public health emergency, which gives the US Food and Drug Administration and other government health agencies more flexibility to fight the spread of the virus.

"We're considering an approach for the current doses of Jynneos that would allow health care providers to use an existing one-dose vial of the vaccine to administer a total of up to five separate doses," Califf said Thursday.

As of Monday, the US government has shipped 617,693 doses of the Jynneos monkeypox vaccine to states and jurisdictions. The US Centers for Disease Control and Prevention has estimated that at least 1.5 million people in the US are eligible for monkeypox vaccination.

The Jynneos monkeypox vaccine is currently given in two doses subcutaneously, meaning it's delivered below the skin. But with an intradermal vaccination, "basically, you're staying in the skin; you're not going through the skin," said Dr. Daniel Griffin, an infectious disease specialist at Columbia University.

Using a smaller dose with intradermal injection has been done with vaccines for flu and rabies, epidemiologist Dr. Jay Varma previously told CNN.

"The skin has special cells that are very good at helping a vaccine stimulate the body's immune system," he wrote.

"They live in the skin, and they're better at teaching the immune system what they need to respond to," he said.

"If you're able to give the monkeypox vaccine intradermally, you can give a smaller dose. ... They just would need to have some sort of demonstration that you get the same immune response," he said.