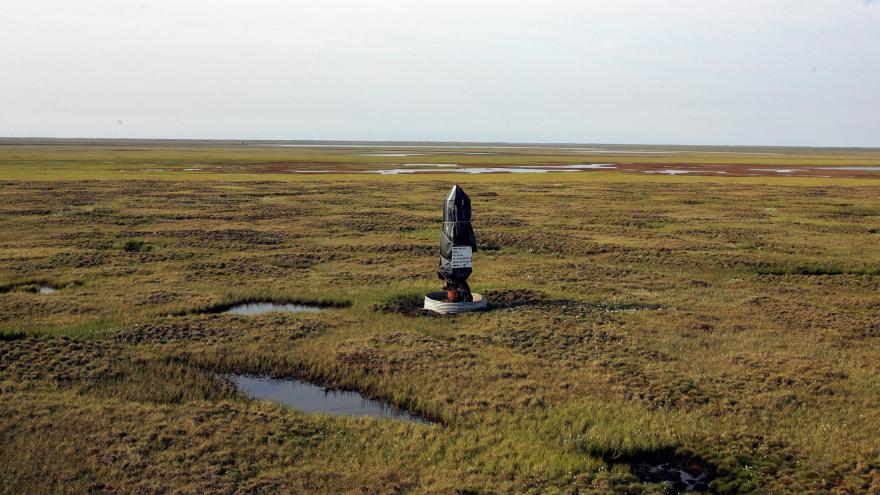 (CNN) -- The Biden administration has taken a key step forward on a controversial proposed oil drilling project in Alaska's North Slope, angering climate advocates who say the project would release tons of emissions and doom the President's climate goals.

The US Department of Interior released a draft environmental impact statement for the ConocoPhillips oil drilling project, known as Willow, on Friday night. The statement does not represent a final decision and includes several potential scenarios for the project, including no drilling. But it was a critical step the Biden administration needed to complete for the process to move forward -- setting off alarm bells among environmental groups.

If approved and built, the project would produce 629 million barrels of oil over the course of a 30-year life span and would release between 278 million and 284 million metric tons of planet-warming carbon dioxide, according to the draft environmental impact statement.

ConocoPhillips is proposing five drilling sites on federal land in Alaska's North Slope, and the project would include a processing facility, pipelines to transport oil, gravel roads, at least one airstrip and a gravel mine site, the draft EIS report states.

The Biden administration has faced considerable pressure from congressional Republicans and Democratic Sen. Joe Manchin of West Virginia to spur domestic energy production to help bring down gasoline prices, though this project would take years to complete.

Republican Sen. Lisa Murkowski of Alaska cheered the administration's move and said she would "continue to hold them accountable" in hopes the project would begin construction this winter.

"From day one, I've elevated the Willow project to the Administration as my top priority," Murkowski said in a statement.

Environmental groups blasted the new development, saying it would destroy Biden's climate goals of slashing US greenhouse gas emissions in half by the end of the decade and accelerate the pace of climate change.

"This project is a climate disaster in waiting," Christy Goldfuss, senior vice president for energy and environment policy at the Center for American Progress, said in a statement. "When approved, it will define the country's energy future for the next 30-plus years while having no impact on the pain that Americans are currently feeling at the pump."

"We cannot allow ConocoPhillips to destroy this pristine region -- which is already warming three times faster than the rest of the world due to climate change," Alex Taurel, conservation program director at the League of Conservation Voters, said in a statement.

Willow was initially approved by the Trump administration but then temporarily blocked by a judge who said that the prior administration's environmental analysis was not sufficient and did not fully consider the potential harm to wildlife or the further impact on climate change.

The Biden administration's new draft EIS was needed for the project to proceed.

With the release of the draft, a 45-day public comment period takes effect before the administration makes a final decision.