Biden administration reveals number of nuclear weapons in US stockpile 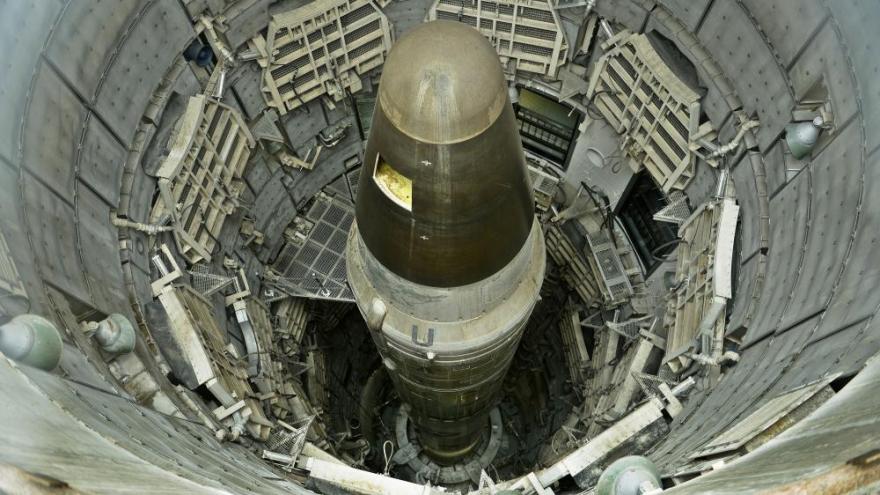 The US has 3,750 nuclear warheads in its stockpile and 2,000 are waiting to be dismantled, according to a release from the State Department, which emphasized the importance of transparency. A deactivated Titan II nuclear ICMB is seen in a silo at the Titan Missile Museum on May 12, 2015 in Green Valley, Arizona.

(CNN) -- In a reversal from the Trump administration, the State Department revealed the number of nuclear weapons in the US stockpile for the first time in four years on Tuesday.

The US has 3,750 nuclear warheads in its stockpile and 2,000 are waiting to be dismantled, according to a release from the State Department, which emphasized the importance of transparency.

The release of the "Transparency in the U.S. Nuclear Weapons Stockpile" fact sheet comes as the Biden administration is conducting a review of its nuclear weapons policy and capabilities ahead of a 2022 meeting of the Nuclear Non-Proliferation Treaty conference, where the US and other nuclear powers who are party to the Treaty will review each signatory's disarmament commitments.

"Increasing the transparency of states' nuclear stockpiles is important to nonproliferation and disarmament efforts, including commitments under the Nuclear Non-Proliferation Treaty, and efforts to address all types of nuclear weapons, including deployed and non-deployed, and strategic and non-strategic," the State Department said.

"The Biden administration's decision to declassify updated information on the number of nuclear warheads in the U.S. nuclear weapons arsenal is a welcome step that reverses an unwise decision by the Trump administration to classify this information," the Arms Control Association said in a statement Wednesday. "It also puts pressure on other nuclear armed states that maintain excessive secrecy about their arsenals."

The ACA noted that "progress toward serious nuclear weapons stockpile reductions have stalled in recent years, and some states, particularly China and Russia, appear to be increasing the size and/or diversity of their arsenals."

Daryl Kimball, the ACA's executive director, told CNN that Wednesday's announcement could put pressure on Russia and China to be more forthcoming about their stockpiles. The Biden administration hopes to pursue further talks with Moscow to reach new agreements that supersede the New Strategic Arms Reduction Treaty, or START. "To do that we need the Russians to be a little bit more transparent than they are," Kimball said.

The Chinese also "need to provide some basic information, which they have as a matter of their own policies through the decades, not provided."

"So what the Biden administration is trying to do here is lead by example," Kimball said, "put some pressure on the other major nuclear armed countries to be more forthcoming about the nuclear weapons they have."

During the 2020 presidential campaign, then-candidate Joe Biden said that the US doesn't need new nuclear weapons and that his "administration will work to maintain a strong, credible deterrent while reducing our reliance and excessive expenditure on nuclear weapons."

After Biden's first budget request, however, critics rapped the President for proposing to continue all parts of the spending plans left by the Trump administration, including "the controversial additions made by President Trump to the Obama-era program, such as additional, more usable lower-yield nuclear capabilities," the ACA said.

The ACA called Biden's budget request inconsistent with his "stated desire to reduce the role of nuclear weapons in U.S. policy and seek new risk reduction and arms control arrangements with Russia and perhaps China."

In Tuesday's release, the State Department said there are 3,750 nuclear warheads in the US nuclear stockpile as of September 2020, an 88 percent decrease from its maximum number of 31,255 in 1967, according to the department.