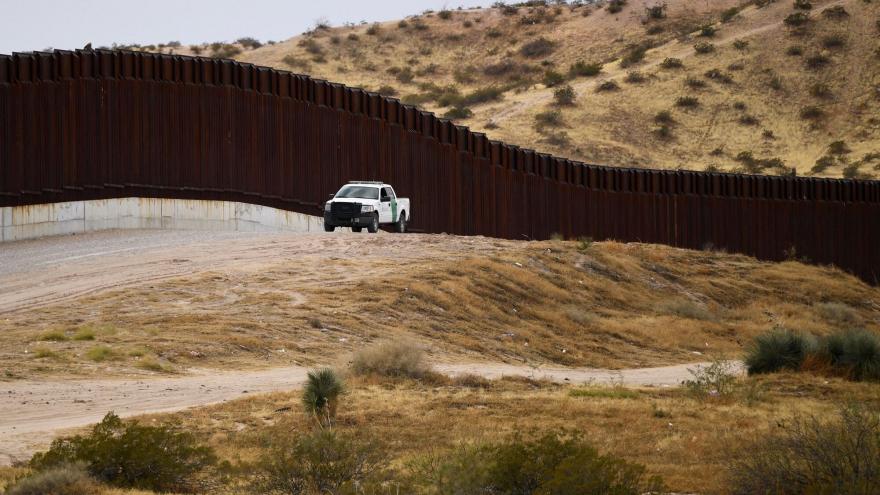 A US Border Patrol vehicle sits along the US-Mexico border between New Mexico and Chihuahua state in December 2021 in Sunland Park, New Mexico. The Biden administration is preparing for the potential of mass migration to the US-Mexico border when a Trump-era pandemic emergency rule ends, according to three sources familiar with discussions.

(CNN) -- The Biden administration is preparing for the potential of mass migration to the US-Mexico border when a Trump-era pandemic emergency rule ends, according to three sources familiar with discussions.

Border authorities have been relying on a public health order, known as Title 42, to turn away migrants at the US-Mexico border since March 2020, but as the pandemic landscape evolves, discussions about terminating that order have picked up speed, the sources said.

Internal documents have shown estimations of how many people are within hours or days of the US-Mexico border who might plan to migrate to the United States, according to one of the sources. Those estimates, first reported by Axios, include potentially around 170,000 people coming to the US southern border and some 25,000 migrants already in shelters in Mexico, the source said.

The Department of Homeland Security has also set up a "Southwest Border Coordination Center" at its headquarters to coordinate across multiple agencies. DHS Deputy Secretary John Tien has also asked department personnel to volunteer at the US-Mexico border in an email sent to the workforce, another source said.

In a statement, White House spokesperson Vedant Patel said the administration is "doing (its) due diligence to prepare for potential changes at the border. That is good government in action."

The White House has deferred to the Centers for Disease Control and Prevention on the public health order that's being used on the US-Mexico border. The order remains in effect for families and adults. Over the weekend, the CDC terminated the order as it relates to unaccompanied migrant children.

US Border Patrol made more than 158,000 arrests on the US southern border in February, according to recently released agency data. Those figures include people who tried crossing more than once. Apprehensions are expected to tick up as the warmer months approach, like past years.