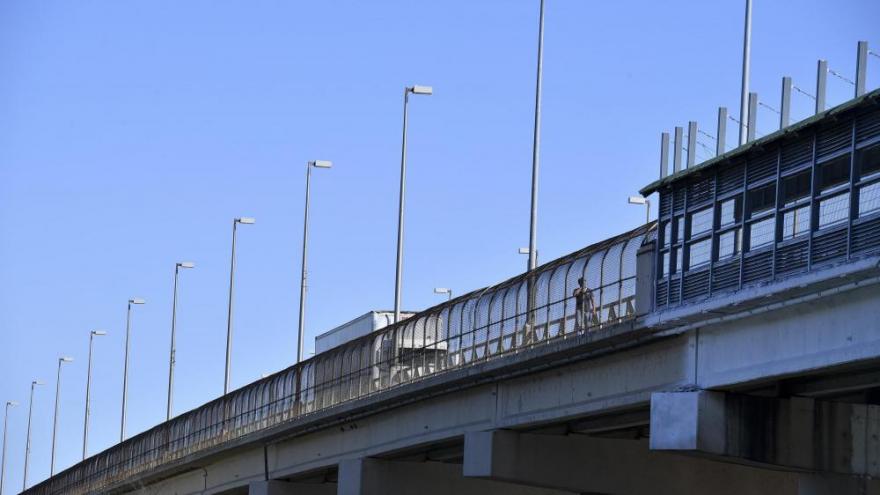 The Biden administration is planning to open another facility in Del Rio, Texas to address the growing number of migrants. This file image from February 21, 2017 shows the border city of Ciudad Acuna, northern Mexico.

(CNN) -- The Biden administration is planning to open another facility in south Texas to expand processing capacity for children and families arriving at the US-Mexico border, a Department of Homeland Security official confirmed to CNN.

It's the latest move by the administration to address the growing number of migrant families and unaccompanied children at the US southern border. Earlier this month, US Customs and Border Protection also announced the opening of a "soft-sided" structure in Donna, Texas, to help with intake.

In January, more than 5,800 unaccompanied children and nearly 7,500 families were taken into custody by Customs and Border Protection at the US-Mexico border, according to the agency's most recent monthly data. And numbers are expected to continue to rise.

On Thursday, Brian Hastings, the Border Patrol sector chief in Rio Grande Valley, tweeted about the volume of migrants approaching the border. "In less than a 24 hour period, this area alone saw more than 500 illegal entries," he said in a tweet, adding that the majority were families and accompanied children.

Border officials are taking more than 300 unaccompanied children into custody daily at the border on average, according to another Homeland Security official.

The expected facility in the Del Rio sector, first reported by The Washington Post, is separate from the shelters intended for children who arrive alone at the border. Those shelters are operated by the Health and Human Services Department and designed to care for migrant children until they're placed with sponsors, like parents or relatives, in the US.

"CBP is currently constructing a soft sided facility in Eagle Pass, TX to help accommodate migrants in our custody. There have always been fluctuations in the number of individuals we encounter at the border, and we continue to adapt accordingly," Customs and Border Protection said in a statement.

"Based on past experience, evaluation of operational requirements, and challenges due to COVID-19 space restrictions, we need additional processing facilities when we see rising numbers of encounters," the agency added.

Last year, as the coronavirus pandemic gripped the US, the Trump administration invoked a public health law allowing border officials to turn away migrants apprehended at the border, including children, resulting in a low number of unaccompanied children and families being admitted to the US.

A federal judge eventually blocked the administration from subjecting unaccompanied children to the policy, but that ruling was later reversed by a federal appeals court. The Biden administration, however, has said it will not expel children, though the policy still applies to single adults and some families.

This story has been updated with a statement from Customs and Border Protection.