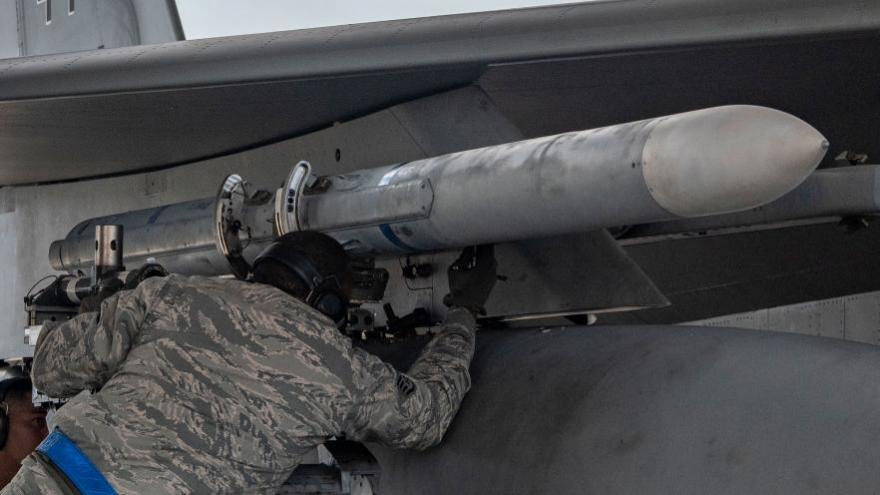 The sale comes as the Biden administration continues to grapple with the US-Saudi relationship that has been strained in recent years following the murder of US-based journalist Jamal Khashoggi and Saudi Arabia's involvement in the bloody conflict in Yemen.

The sale will include 280 advanced medium-range air-to-air missiles, which the State Department said are used for air defense capabilities and cannot be used to attack ground targets.

The goal is to replenish Saudi Arabia's existing inventory "in keeping with the President's commitment to support the territorial defense of Saudi Arabia," the spokesperson said.

The new sale comes less than two months after national security adviser Jake Sullivan visited Saudi Arabia and met with Saudi Crown Prince Mohammed bin Salman, and discussed the war in Yemen at length. The notification also comes as US Special Envoy for Yemen Tim Lenderking travels to the region for discussions "with the Republic of Yemen Government, Yemeni civil society representatives, senior regional government officials, and other international partners."

President Joe Biden announced the US would end support for Saudi Arabia's offensive operations in Yemen during the first major foreign policy speech of his presidency. Yet Biden administration officials efforts' to bring about an end to the conflict -- which has been fueled by the Saudi-led coalition fighting Houthi rebels -- have not so far been successful.

This sale is the second to Saudi Arabia under the Biden administration, the first was for $500 million. Congress has 30 days to review the sale and the sale may face pushback from Democrats on the Hill.

The State Department says that the new weapons will also provide protection to US forces.

"We've seen an increase in cross-border attacks against Saudi Arabia over the past year. Saudi AIM-120C missiles, deployed from Saudi aircraft, have been instrumental in intercepting the persistent UAS attacks that have put U.S. forces at risk and threatened the more than 70,000 US citizens in the Kingdom," the spokesperson said. "The AIM-120C is an Advanced Medium-Range Air-to-Air Missile which is not used to engage ground targets."