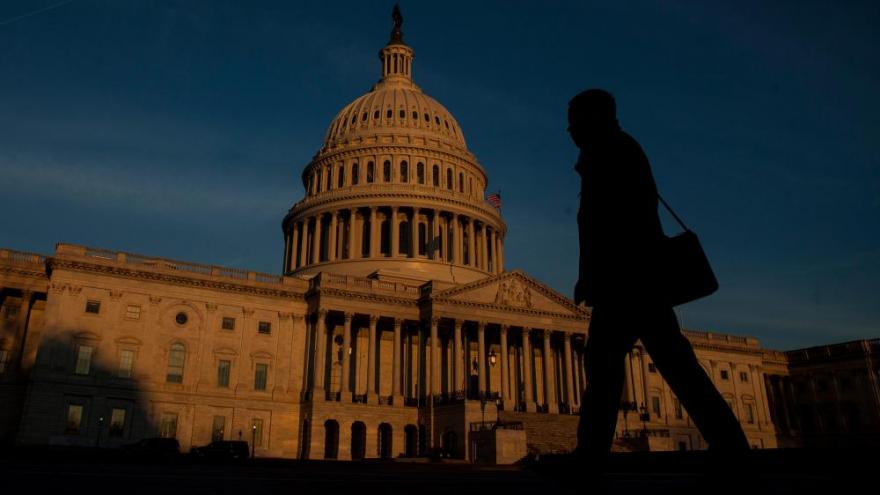 The Biden administration notified Congress of a proposed US weapons sale to Israel worth $735 million earlier this month.

(CNN) -- The Biden administration notified Congress of a proposed US weapons sale to Israel worth $735 million earlier this month, according to two sources familiar with the notification.

The sale of the precision-guided weapons, which the administration approved before the latest outbreak of violence between Hamas and the Israeli government, is now being reviewed by Congress as concerns grow among progressive Democrats about the Biden administration remaining adamant that Israel has a right to defend itself from rocket attacks from Hamas.

Israel has been the largest recipient of US foreign assistance since World War II and this sale is one small part of overall US military support. The US pledged to provide $38 billion in military aid to Israel from 2019 to 2028 in an agreement between the two countries in 2016.

Congress has 15 days to review the proposed sale -- which it received notification of on May 5 -- before it is finalized. The Washington Post was first to report that the White House had notified Congress of the proposed sale.

The sale is unlikely to be stopped by Congress, according to a source familiar with the matter. That's because this particular sale, like all sales to Israel, is going through an expedited congressional review process, which gives Congress a 15-day window to take action to stop it instead of the usual 30-day review period. With just four days left in the review process, and a requirement for the committees of jurisdiction to act to block the bill, there's virtually no chance of that happening, according to the source. The window has basically closed, the source said.

There are expedited review processes for arms sales to NATO and its member states, Japan, South Korea, Israel, Australia and New Zealand, according to the Pentagon.

The State Department does not comment on pending sales, a spokesperson told CNN.

Israel has purchased these precision-guided weapons from the US in the past, and it is believed that they are being used in the current military campaign on Gaza, the two sources familiar with the sale said. This sale is part of routine support to Israel and did not come about due to the recent escalating violence in the region, the sources added.

The growing number of civilian deaths in Gaza is causing worry inside the White House as officials work the phones with partners in the region, but Biden has not called for a ceasefire, despite the Democrats' push for him to do so. In recent days, the President and officials on his national security team have routinely said that Israel has the right to defend itself.

Rep. Ilhan Omar said it would be "appalling" if the administration went through with the sale.

"It would be appalling for the Biden Administration to go through with $735 million in precision-guided weaponry to (Israeli Prime Minister Benjamin) Netanyahu without any strings attached in the wake of escalating violence and attacks on civilians. If this goes through this will be seen as a green light for continued escalation and will undercut any attempts at brokering a ceasefire," the Minnesota Democrat said in a statement.

Over the weekend, Sen. Bernie Sanders called for the US to take a "hard look" at the nearly $4 billion in military support the US gives to Israel each year. White House press secretary Jen Psaki showed no indication that the US is willing to review US military assistance to Israel when she was asked about the Vermont independent's comments on Monday.

"Our message is sometimes you have to step back from politics for a moment. It is not easy to do. And we recognize and agree that watching the lives lost of these Palestinian children, of these families, the fear you see in the eyes of the Israeli people, it is heartbreaking," Psaki said. "We want to bring an end to the violence. We want to de-escalate the situation on the ground. The role we feel we can do that through, the most effective way we feel we can do that, is quiet and intensive diplomacy."

More than 25 Democratic senators, led by Sen. Jon Ossoff of Georgia, released a joint statement calling for an immediate ceasefire agreement in Israel and the Palestinian territories to "prevent further loss of life and further escalation of violence."

The statement reflected growing concern in Congress over the escalating violence in the Middle East. Other Democrats have also called for more robust action by the administration to bring about an end to the fighting.

"I think the administration needs to push harder on Israel and the Palestinian Authority to stop the violence, bring about a ceasefire, end these hostilities and get back to a process of trying to resolve this long-standing conflict," Rep. Adam Schiff, a California Democrat, said Sunday on CBS' "Face the Nation."

Israeli strikes have killed at least 212 people in Gaza, including 61 children and 36 women, and injured some 1,400 others, the Hamas-run health ministry in Gaza said Monday. Sunday was the deadliest day yet, with more than 50 killed, the ministry said.

Rocket fire from Gaza has killed at least 10 people in Israel, including two children, since the start of the flare-up, according to the Israel Defense Forces. On Monday, a fresh barrage of rockets from Gaza once again set off sirens and sent Israelis fleeing into bomb shelters in Ashdod, Ashkelon and Beer Sheva. At least one residential building in Ashdod was hit, the Israel Defense Forces said. Three people were slightly injured, the Israeli Red Cross said.