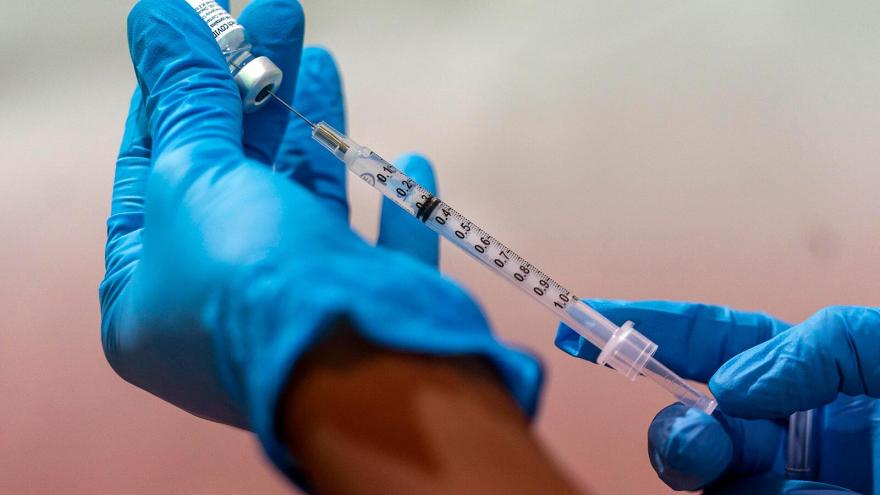 President Joe Biden's efforts to contain the pandemic, a Biden official tells CNN that the administration is still simply "not where we want to be" on surveillance of mutations in the US.

(CNN) -- With coronavirus variants posing a serious threat to President Joe Biden's efforts to contain the pandemic, a Biden official tells CNN that the administration is still simply "not where we want to be" on surveillance of mutations in the US -- and simultaneously worried that Americans will grow increasingly complacent about the virus.

In order to find new strains of the virus, scientists must genetically sequence samples — spelling out the letters in its genetic code and looking for changes. Coronaviruses are known to mutate, generally in ways that are harmless to humans. But every now and then, a mutation pops up that could change how the virus works.

In the US, scientists fear that variants first identified in the UK, South Africa and Brazil may be either more contagious, more likely to cause reinfection, or somewhat resistant to existing Covid-19 vaccines.

The fear is that these variants could erase recent progress in lowering Covid-19 case numbers. They could also raise the bar for how many Americans need to be vaccinated in order to achieve herd immunity.

An additional concern for the administration that goes hand-in-hand with the spread of variants, the administration official said, is coronavirus fatigue -- and convincing Americans to continue practicing responsible public health behavior like mask-wearing and social distancing a year into the pandemic.

"It's not exciting to say: 'Wear a mask, keep your distance and get your vaccine when it's your turn.' But those are actually the concrete steps that people can take to stop this variant. That is the fastest path to stopping this variant," the official said. "It's hard. People are sick of this. I'm sick of this. Everyone is sick of living in their homes and not seeing their families and not seeing their friends."

In a White House briefing Wednesday, US Centers for Disease Control and Prevention Director Dr. Rochelle Walensky said the variant first spotted in the UK is now responsible for an estimated 1 to 4% of cases in the country.

"We do not believe the variants are distributed equally across the country at this time," she said. Walensky did not provide estimates of the other variants first identified in South Africa and Brazil.

Last month, CDC modeling predicted that the UK variant, known as B.1.1.7, could become the predominant strain in the United States by March. The agency estimates it's about 50% more transmissible than earlier strains.

Experts say the variants from South Africa and Brazil are harder to find than B.1.1.7, because the latter results in a glitch on certain PCR tests -- cuing scientists to take a closer look and preferentially sequence those samples. For the other variants, it's often a matter of random sampling.

"The South African variant has been recognized in a couple of states with just a few people, but it is very likely more prevalent than that because we don't have yet the full sequence surveillance that we'll be doing," Dr. Anthony Fauci, Biden's chief medical adviser, said at the briefing Wednesday.

He added this variant was "a bit more problematic" for what appears to be a partial escape of antibody protection. However, he also pointed to more hopeful evidence that vaccines may offer "substantial protection" against severe disease, hospitalization and death.

The US has been ramping up its sequencing efforts and is on track to process at least 7,000 samples per week, Walensky previously said. But she has also echoed statements that more sequencing is needed to track the spread of variants across the country.

A CDC official previously told CNN that the UK and some other countries have a more centralized system for doing sequencing. But in the US, several different types of labs -- federal, state, academic and private -- are doing the work.

Denmark, for example, launched an effort to sequence all positive samples starting January 12, a spokesperson for the government's public health institute told CNN last week. Before that, the institute, called Statens Serum Institut, fully sequenced about 20% of positive samples from the start of the pandemic.

Only eight states have genetically sequenced more than 1% of their total coronavirus cases during the pandemic, compared to a national average just under 0.4%, according to CDC data. Eighteen states have sequenced less than 0.1% of their confirmed cases.

Experts have previously told CNN that the US should aim to sequence 5% to 10% of cases, in line with sequencing efforts in the UK. Given cases over the past seven days, this would amount to roughly 38,000 to 76,000 sequences in a week.