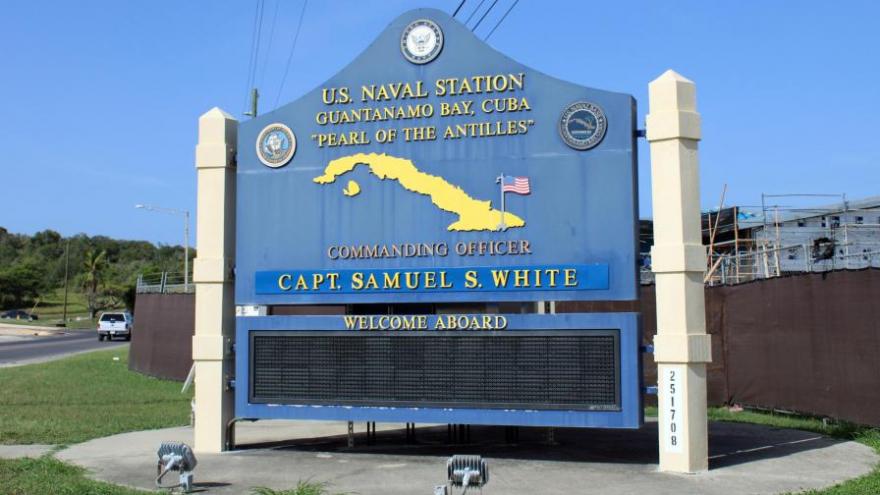 President Joe Biden has said he wants to close the Guantanamo Bay detention facility, where 39 detainees still reside, by the end of his term, but his administration is yet to make much progress towards meeting that goal.

(CNN) -- President Joe Biden has said he wants to close the Guantanamo Bay detention facility, where 39 detainees still reside, by the end of his term, but his administration is yet to make much progress towards meeting that goal.

The Biden administration first announced it intended to close the facility during a White House press briefing in February 2021. When asked by a reporter if the prison would be closed by the time Biden leaves office, White House press secretary Jen Psaki said, "that's certainly our goal and our intention."

But months into Biden's term, 39 detainees remain housed at the prison in Cuba. 10 detainees have been cleared by the Guantanamo Periodic Review Board system and are eligible for release, but they have not been transferred to a different country and out of the prison yet. The Periodic Review Board system was set up during the Obama administration to determine whether detainees being held there were guilty or not.

One detainee who was already cleared for release during the Obama administration was released to his home country of Morocco in July. This was the first transfer of a detainee under Biden.

Aside from the 10 already eligible for release, 17 detainees are eligible for periodic review board hearings, two detainees have been convicted and ten are in the office of military commission process, meaning they are still in the pretrial process in the military court system created for law of war offenses, and they have yet to be proven guilty or innocent.

"I think it's extraordinarily disappointing that [Biden] has not suspended these military commissions, scrapped them frankly and taken further steps to close Guantanamo," Alka Pradhan, a defense attorney for detainee Ali Abdul Aziz Ali, said last week. "The fact that they haven't even made progress on cleared men aside from one individual case doesn't give me a whole lot of hope,"

Pretrial hearings in the office of military commission's most high-profile case against five detainees alleged to have been involved in the plotting and execution of the September 11 terrorist attacks, resumed last week. The case itself has already been through nine years of pretrial litigation, and a start date for the trial still appears far off, according to lawyers involved in the case.

Aside from the outstanding processes detainees must go through before they can even be cleared for release, construction on the ground does not reflect the stated goal of closing the prison soon.

The project to complete the new courtroom in Guantanamo Bay is scheduled to be completed in June 2022, but it "continues to experience delays due to COVID related supply shortages," Wendy Kelly, Chief of Operations for the Office of Military Commissions, said in an email.

In order to close the prison, Biden would need to move all 39 detainees to other prisons or locations. When former President Barack Obama wanted to try the five accused of plotting 9/11 in New York City, he faced swift public and political backlash.

Obama also promised to shut Guantanamo when he campaigned for office, setting up the office of military commissions and the Periodic Review Board system during his tenure, but failed to close the prison during his eight years in office.

When Psaki made the comments about intending to close the prison back in February, Pentagon press secretary John Kirby signaled the Secretary of Defense supported the President's goal.

"The Secretary believes Guantánamo Bay should be closed. He fully supports the administration's desire to do that, and he fully expects to be a partner in the inter-agency process and discussion as that moves forward," Kirby said during a press briefing.