Biden administration grants humanitarian protections to Venezuelans in the US 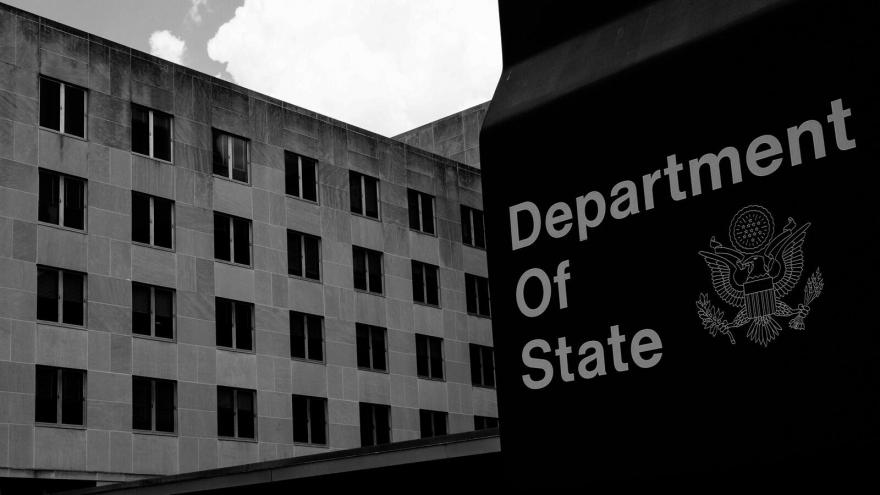 The Biden administration on Monday granted humanitarian protection to an estimated 300,000 Venezuelans.

(CNN) -- The Biden administration on Monday granted humanitarian protection for Venezuelans, allowing an estimated 300,000 people to apply and remain lawfully in the United States, according to senior administration officials.

Venezuelans in the United States will have the opportunity to apply for Temporary Protected Status, or TPS -- a form of humanitarian relief, which can be granted when it is deemed unsafe to return to one's home country. Additional details will be published in the Federal Register.

Secretary of Homeland Security Alejandro Mayorkas is designating Venezuela for Temporary Protected Status for 18 months, until September 2022, according to DHS.

This marks a shift from the Trump administration, which had sharply criticized TPS and moved to terminate protections the program had provided for immigrants from other countries, arguing that years of extensions were prolonging immigrants' stays in the United States long after crises abroad had abated.

Many Venezuelans had been pushing for protections but for years met resistance from Trump administration officials who were more focused on pushing for regime change in the South American country. Ultimately, former President Donald Trump granted them similar protections from deportation on his last day in office, but no details about how they could apply had been announced and lawmakers have been pushing for answers.

Word of the new protections left many Venezuelans in the United States relieved and eager for more details.

"I don't think people can believe it yet," said John De la Vega, an immigration attorney in Miami, whose phone started ringing Monday afternoon as soon as the change was announced. After years of uncertainty, he said, finally Venezuelans who've been living in fear of deportation will feel like they have a safe place to stay.

"It's a big relief," said Adriana Kostencki, president of the Venezuelan American National Bar Association, which began petitioning the White House for TPS for Venezuelans in 2017.

"This is a big deal for the thousands of families that can't go back to their own country and now can call this country their own country, at least for a while," Kostencki said. "That's important, for people to have a sense that, 'Now I have a chance to stay here. Now I don't need to be under the shadows. I'm here. I can work. I can contribute. At some point, I can go back. But while I cannot, I will be a member of this society as well.' "

The TPS designation is due to "extraordinary and temporary conditions" in Venezuela, including widespread hunger and malnutrition, a growing influence and presence of non-state armed groups, repression, and a crumbling infrastructure, DHS said.

President Joe Biden "has been very clear that Nicolás Maduro is a dictator, and the May 2018 elections were fraudulent and illegitimate," a senior administration official said Monday.

Biden plans to provide "robust humanitarian assistance," in particular, to the regional countries that have been impacted by the over 5 million Venezuelans that have fled their country, the official added.

Another administration official acknowledged that this designation would likely prompt smugglers and others to claim the "border is now open," saying "that is not the case."

All travel and admission restrictions remain in place at the US borders, the official said.

On his final day in office, Trump issued a memorandum offering protections for Venezuelans known as Deferred Enforced Departure. The Trump designation remains in place, however, as TPS has a statutory basis.

"It is another way of being able to provide people protection," a senior official said, adding it is up to individuals on how they want to apply for protection.

CNN previously reported that a growing group of Venezuelans who fled to the US found themselves in legal limbo. Lawmakers previously weighed options to temporarily shield Venezuelans from deportation.

"For years, the world watched in horror as man-made humanitarian and political crises turned Venezuela into a failed state—leaving the Venezuelan people to face political violence and without access to food, water, and electricity. Despite these disastrous and dangerous conditions, Venezuelans were still forcibly deported back to their country by the Trump Administration," Senate Foreign Relations Committee Chairman Bob Menendez, a New Jersey Democrat, and Sen. Dick Durbin, an Illinois Democrat who chairs the Senate Judiciary Committee, wrote in a statement.

Monday's action ensures that "more than 300,000 Venezuelans in the United States can receive temporary legal status so they will not be forced to return to such terrible conditions and brings stability to these Venezuelan families," the senators said.