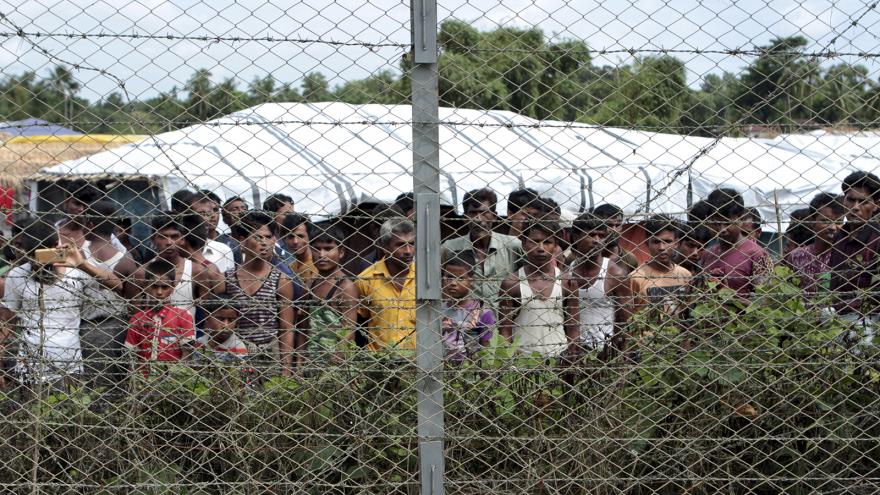 (CNN) -- The Biden administration has formally determined that Myanmar's military committed genocide and crimes against humanity against the Rohingya, a US official told CNN on Sunday.

US Secretary of State Antony Blinken will publicly announce the determination, which human rights groups have been advocating for years, at the US Holocaust Memorial Museum in Washington, DC, on Monday.

Reuters first reported on the administration's recognition of genocide.

Until now, the US had stopped short of declaring the atrocities -- including mass killings and rape -- committed in 2017 against the Muslim minority Rohingya population a genocide. The violence forced nearly a million people to flee, and the United Nations recommended that top military officials face genocide charges.

"I applaud the Biden administration for finally recognizing the atrocities committed against the Rohingya as genocide. While this determination is long overdue, it is nevertheless a powerful and critically important step in holding this brutal regime to account," Democratic Sen. Jeff Merkley, a member of the Senate Foreign Relations Committee, said in a statement Sunday.

America, the Oregon Democrat said, "must lead the world to make it clear that atrocities like these will never be allowed to be buried unnoticed, no matter where they occur."

A US State Department report released quietly in 2018 found that violence against the Rohingya in Myanmar's northern Rakhine State was "extreme, large-scale, widespread, and seemingly geared toward both terrorizing the population and driving out the Rohingya residents."

The State Department has sanctioned a number of Myanmar military officials, including commander-in-chief Min Aung Hlaing, for their role in committing those human rights abuses.

This story has been updated with comments from Sen. Jeff Merkley.