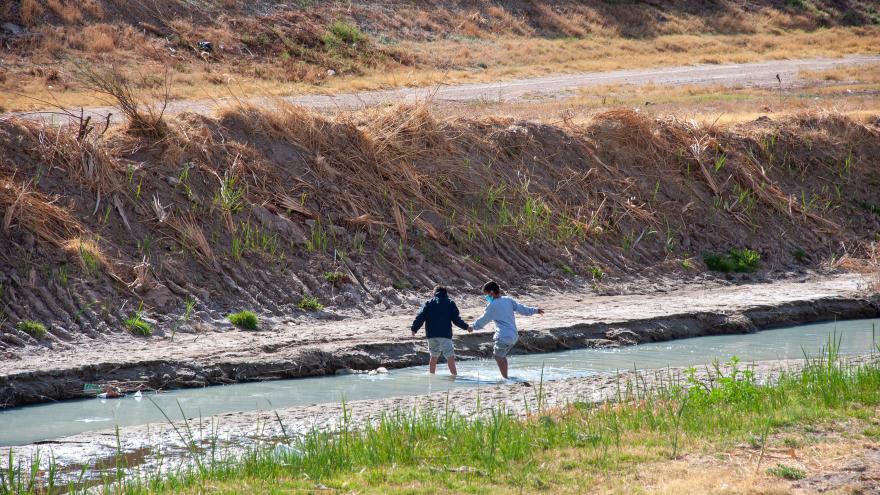 By Priscilla Alvarez, (CNN) -- The Biden administration partially pulled back a controversial Trump-era border policy early Saturday after a Texas court ruling forced the administration's hand and amid fierce criticism from President Joe Biden's allies over the continued use of the policy.

While Biden has conveyed progress in combating the coronavirus pandemic, the administration has sent a conflicting message on the border by continuing to largely bar migrants from seeking asylum using a pandemic emergency rule.

But in the early hours of Saturday morning, the Centers for Disease Control and Prevention terminated the public health order known as Title 42 as it relates to unaccompanied migrant children arriving at the US-Mexico border.

The Biden administration had already exempted minors arriving at the border without their parents from being subject to the authority, but a court ruling last week would've forced the administration to restart the expulsion of minors.

In a statement just minutes after midnight, the CDC said: "In the current termination, CDC addresses the court's concerns and has determined, after considering current public health conditions and recent developments, that expulsion of unaccompanied noncitizen children is not warranted to protect the public health."

In a 21-page order justifying the decision, CDC Director Rochelle Walensky cited numerous protocols to reduce the spread of Covid-19 among migrant children, including testing, physical distancing and wearing masks.

Unaccompanied migrant children are transferred to the custody of the Department of Health and Human Services after they're apprehended at the US southern border. HHS also has mitigation protocols in place, including testing and vaccines for those eligible.

Single adults and migrant families, though, continue to be subject to the public health order, meaning they can still be turned away at the US southern border. Operational and facility constraints have kept US Customs and Border Protection -- which first encounters migrants -- from replicating the same protocols for families and adults in its custody, according to the CDC.

Still, the CDC's decision is significant as it marks a winding down of the public health authority that's been in place for nearly two years despite pushback from public health experts, immigrant advocates and Democratic lawmakers.

A federal appeals court recently ruled migrant families couldn't be removed to places where they will be persecuted or tortured, though that hasn't taken effect yet. The US Court of Appeals for the District of Columbia Circuit also expressed skepticism in its ruling about the basis of the order, particularly the premise that it guards against transmission in congregate settings, or specifically US-Mexico border facilities.

Public health experts have repeatedly refuted the justification of the public health order. And on Saturday, top Senate Democrats, including Majority Leader Chuck Schumer, blasted the administration for its decision to partially uphold Title 42.

"We are deeply disappointed in the Biden Administration's decision to maintain Title 42," Schumer, along with Sens. Bob Menendez of New Jersey and Alex Padilla of California, said in a joint statement. "While we recognize that the Administration made the right choice to prevent unaccompanied children from being expelled, it is wrong that they made the decision to continue sending families with minor children back to persecution and torture."