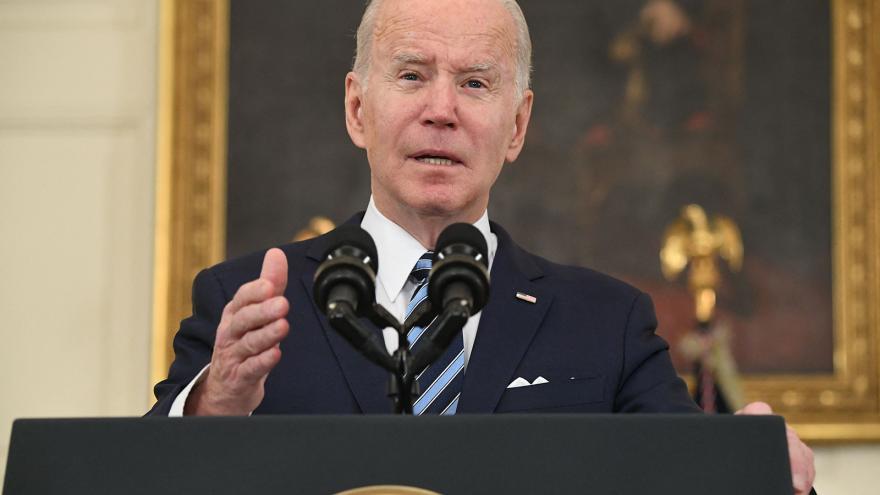 (CNN) -- The Biden administration sent detailed explanations to key lawmakers Wednesday evening providing an accounting of remaining funding from the Covid-19 relief package that has already been allocated, part of ongoing efforts over the past few months to make their case that there is a need for more spending.

The notice comes as Congress remains at a stalemate on what the White House says are urgently needed additional funds for Covid-19 response. The background sent by the administration seeks to push back on criticism from some Republican lawmakers reluctant to spend more money on the coronavirus response when there is still available money from last year's Covid relief bill.

Ninety-three percent of the remaining money from the American Rescue Plan passed last year has already been obligated or distributed to specific grantees or groups, including states and localities, according to a document sent by the Biden administration to lawmakers and obtained by CNN.

And the Biden administration made the case that the remaining 7% of funds that have not been allocated have "sound governmental reasons for not having been distributed yet." For example, the bill included $50 billion for the Federal Emergency Management Agency's Disaster Relief Fund, which will provide federal funding for Covid-related costs associated with major disaster declarations through September 2025. That, of course, "will be determined by disaster activity," the document stated

Detailed tables reviewed by CNN indicate that much of the unallocated money is contingent on dates set in the legislation for additional tranches of funding that are not yet legally available for disbursement.

For example, the bill included $362 billion in state and local relief funding. That was broken into two separate tranches of funding, one that will not be available until later this year. So while 68% of that funding has been obligated, much more of it -- 95% of the funding that is legally available -- has been obligated.

The Biden administration requested $22.5 billion in supplemental Covid-19 relief funding in the massive government funding package, known as the omnibus. Negotiators had proposed a scaled-back $15.6 billion for Covid relief, but following pushback on both sides of the aisle, including many House Democrats, House Speaker Nancy Pelosi announced that Covid provisions would be stripped from the funding bill, which passed late last week.

House Democrats have introduced a standalone Covid relief bill, but it does not currently have the votes to pass both chambers.

The White House has been in close touch with bipartisan members of Congress, warning of "severe consequences" this week if additional funding is not passed, including specific impacts to the federal response on vaccines, treatments, testing and other global efforts. The administration had been in touch with budget committees in the House and Senate to share a full accounting of the relief bill's balances starting in October, with updated balances on spending from the bill shared again in January, February and March.