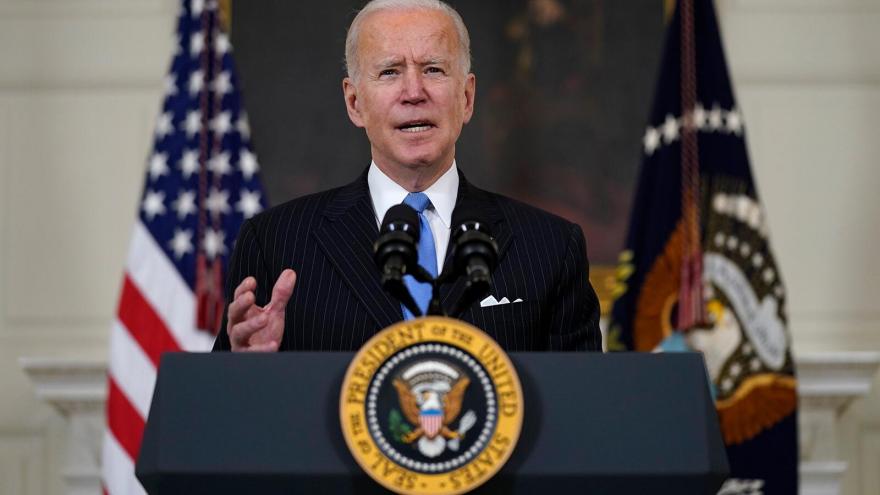 The Biden administration is considering opening additional tent facilities in Arizona to manage the influx of migrants arriving at the US-Mexico border.

(CNN) -- The Biden administration is considering opening additional temporary border facilities in Arizona to manage the influx of migrants arriving at the US-Mexico border, marking the latest move to address capacity issues that have been exacerbated because of the Covid-19 pandemic.

The administration is considering a facility in Yuma, according to two officials and the mayor of Yuma. One official said Yuma and Tuscon are under consideration for "soft-sided" facilities.

Yuma Mayor Douglas Nicholls told CNN that there is a soft-sided shelter scheduled to be constructed in Yuma, which would help with capacity concerns. A Customs and Border Protection official confirmed Yuma is under consideration for a new facility.

Tent facilities are already being used and constructed in south Texas, as the administration grapples with a rising number of migrant families and unaccompanied children arriving at the southern border.

CNN previously reported that additional facilities were being discussed, but locations have not been announced.

These temporary border facilities are different from the overflow facility that was opened by the Department of Health and Human Services to care for migrant children apprehended at the border without their parents.

In Yuma, the city is struggling to care for migrant families that are released by US Border Patrol, Nicholls told CNN.

US Border Patrol on February 15 released migrants into the community for the first time since 2019, he said, adding that "it has steadily grown since then." A couple of nonprofits have stepped in to transport people to shelters and other communities that can care for migrants.

Nicholls said it is primarily families that are being released.

"This is a grave concern for me, as we have very limited nonprofit resources in our community," he said. "We're going to end up with a backlog if we keep experiencing large numbers where people are going to take days and days and days to find their transportation out of town."

The mayor called on the administration to assist the border community and make sure the federal government is addressing the humanitarian issues.

"There have always been fluctuations in the number of individuals we encounter at the border, and we continue to adapt accordingly," Customs and Border Protection said in a statement.

"Based on past experience, evaluation of operational requirements, and challenges due to COVID-19 space restrictions, we need additional processing facilities when we see rising numbers of encounters. As we work to build and improve permanent facilities for the safe and orderly processing of individuals at the border, temporary soft-sided facilities are sometimes necessary to meet operational needs that may arise due to rising encounters, particularly under challenging circumstances," the statement said.