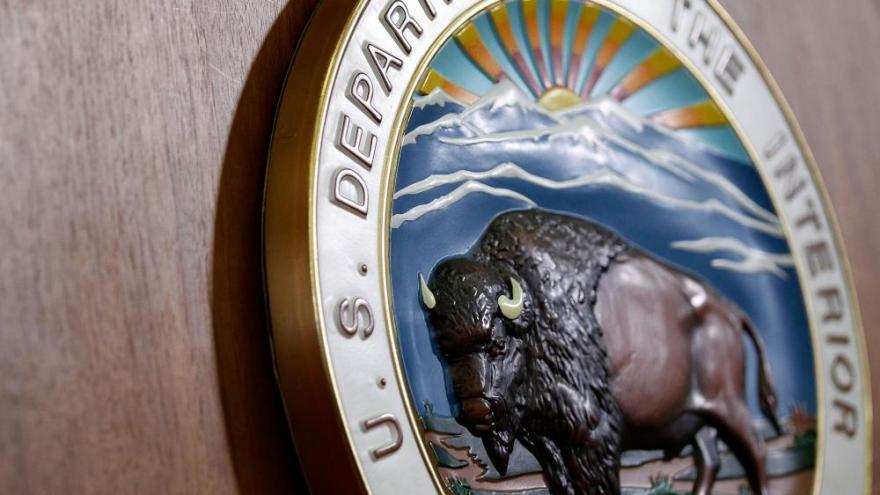 (CNN) -- The Department of the Interior on Friday released a long-awaited review of oil and gas drilling on federal lands and oceans that recommends an increase in leasing fees and consideration of environmental concerns in leasing decisions. But the report largely sidesteps climate change issues, and does not recommend a halt to new oil and gas leasing -- a promise President Joe Biden campaigned on.

The report, which Biden commissioned last January, outlines a series of primarily fiscal reforms for the federal oil and gas program, which Interior said currently "fails to provide a fair return to taxpayers, even before factoring in the resulting climate-related costs that must be borne by taxpayers."

Environmental groups expressed concerns about the review and called for more urgent action to be taken to address the climate crisis.

"These trivial changes are nearly meaningless in the midst of this climate emergency, and they break Biden's campaign promise to stop new oil and gas leasing on public lands," said Randi Spivak, public lands director at the Center for Biological Diversity. "Greenlighting more fossil fuel extraction, then pretending it's OK by nudging up royalty rates, is like rearranging deck chairs on the Titanic. There's no time left for baby steps that let the fossil-fuel industry wreak even greater havoc on the Earth."

"We urge the Biden administration to build on this report by phasing out new oil and gas leasing altogether," said Athan Manuel, director of the Sierra Club's Lands Protection Program, "and we call on Congress to include these reforms in the final Build Back Better Act to ensure that our public lands are part of the climate solution, instead of enriching oil company CEOs at the public's expense."

The report comes as the Biden administration has faced criticism from some environmental advocates for moving forward with reopening millions of acres in the Gulf of Mexico to auction for drilling. The auction is at odds with Biden's climate agenda -- the President has promised to slash greenhouse gas emissions in half by 2030 -- and environmental advocates said it could set US climate goals back for years.

The administration tried in its first days in office to put a stop to new oil and gas drilling. Biden's January order paused new leases and directed the Interior Department to launch a comprehensive review of existing programs related to fossil fuel development. But a lawsuit filed in March on behalf of 13 states led to a judgment that blocked Biden's pause, and the administration is appealing that decision.

"The Interior Department has an obligation to responsibly manage our public lands and waters -- providing a fair return to the taxpayer and mitigating worsening climate impacts -- while staying steadfast in the pursuit of environmental justice," Interior Secretary Deb Haaland said in a statement Friday. "This review outlines significant deficiencies in the federal oil and gas programs, and identifies important and urgent fiscal and programmatic reforms that will benefit the American people."

The review notes that the federal oil and gas program's fiscal components are "particularly outdated, with royalty rates that have not been raised for 100 years."

"Consideration should be given to raising royalty rates and, to the extent allowed by statute, to increasing the current minimum levels for bids, rents, royalties, and bonds," the report states.

The review also encourages congressional action "on pending legislation to provide fundamental reforms to the onshore and offshore oil and gas programs."

"The administration needs to manage public lands and waters consistent with its climate commitments, and today's report does not offer a plan to do that," Grijalva said in a statement. "What it does offer is a set of important and long overdue reforms to the federal fossil fuel leasing program, which until now has been a public subsidy for oil and gas drilling and extraction."

"We need new industry financial requirements and greater public transparency around leasing, and the administration should start making these welcome changes as soon as possible," the Arizona Democrat added.

"Congress needs to end wasteful subsidies and advance leasing reform bills while that's happening because every American sees climate change all around them, and we all know that impermanent policy changes at the margins won't reduce emissions enough to protect our quality of life."

The administration could have chosen to increase domestic oil production, but the White House has been wary of the optics of the President and his aides pushing for more drilling at home on the heels of the major UN climate summit COP26, where Biden promised that the US would "lead by example" on clean energy initiatives.

This story has been updated with more details and background.