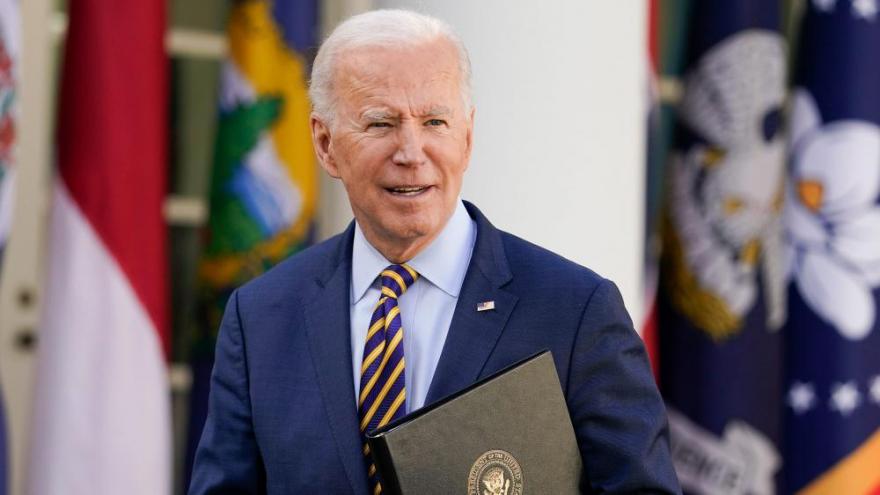 The Biden administration asks the US Supreme Court Friday to dismiss a dispute over a Trump era rule barring federally funded health care providers from referring patients for abortions.

In a petition to the court filed after hours on Friday, Acting Solicitor General Elizabeth Prelogar said the parties had agreed to dismiss the case that the justices had agreed to hear last month.

Lower courts have split on the Trump administration's regulation, which critics call a "gag rule" and is currently in effect in most states.

The widely expected move comes after President Joe Biden signed a presidential memorandum in January directing the Health and Human Services Department to immediately move to consider rescinding the rule and as opponents of abortion advance state restrictions on the procedure.

The Biden administration has sought to drop high court cases over policies advanced by former President Donald Trump, telling the Supreme Court last week that it should dismiss pending cases concerning "sanctuary cities," which limit cooperation between local law enforcement and federal immigration authorities and were a frequent target of the Trump administration.

The rule in the case in question on Friday concerns Title X, a federally funded program that served about 4 million people a year in 2019, according to HHS. It provides resources including contraception, breast and cervical cancer screenings, and preventive education and testing for sexually transmitted diseases and HIV -- but not abortions.

Previously, the clinics had been allowed to offer abortion counseling and provide referrals. The Hyde Amendment bars federal funding from covering abortions, except in cases of rape, incest or when the woman's life is at risk.

The American Medical Association, the main industry group for doctors, and other health care and reproductive rights groups asked the Supreme Court to block the rule in October. Later that month, 21 states and the District of Columbia filed another challenge over the rule, as did then-HHS Secretary Alex Azar against the city of Baltimore.