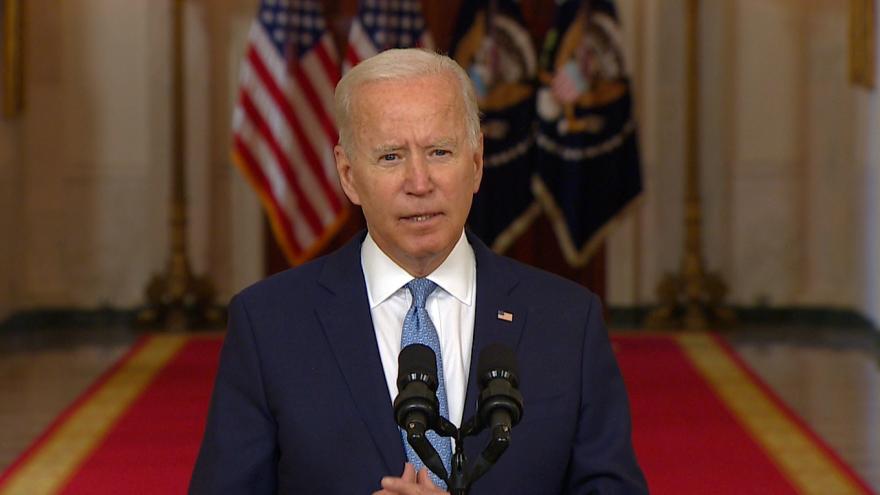 (CNN) -- The Biden administration is adjusting guidance for Afghan children who arrived in the US without a parent to allow them to stay with the adult they traveled with, according to guidance obtained by CNN.

The guidance, issued by the Health and Human Services Department over the weekend, outlines steps to avoid Afghan children being separated from adults who are their caregivers upon arrival to the US. State Department spokesperson Ned Price said last week that "very few Afghan children" are arriving in the US with adults not known to them.

More than 100 Afghan children have arrived in the US unaccompanied, according to an administration official, though the majority are quickly reunited with family.

"Unaccompanied minors represent only one quarter of one percent of the share of Afghan arrivals," an HHS spokesperson said in a statement, adding: "We will continue to work with our government partners to provide care for all of the children referred to us."

Generally, if a child arrives in the US without a parent, they are deemed unaccompanied and referred to the custody of HHS, which is charged with their care until they're placed with a sponsor, like a relative, in the United States. In this case, the Office of Refugee Resettlement, an agency under HHS, is allowing those children to stay with the adults who accompanied them to the US, even if they are not parents.

"What normally happens is when a child arrives with a non-parent relative -- such as an aunt, uncle, older sibling -- they're treated like other unaccompanied children, placed in ORR custody and go through the whole process of releasing them to a sponsor," said Mark Greenberg, a former HHS official and senior fellow at the Migration Policy Institute. "What they're seeking to do here is have an expedited process for release that wouldn't require first placing a child in an ORR shelter."

Caregivers have to meet a set of criteria outlined in the guidance. For example, that a "prior bona fide relationship exists, including to the satisfaction of ORR that the adult caregiver is entrusted with providing supervision of the child." It also states that in many cases caregivers have already been subject to investigation by the Defense Department or the State Department.

If a child arrives alone, meaning without a parent or caregiver, they are referred to ORR custody, where they'll go through the usual processes, says the guidance, dated September 4.