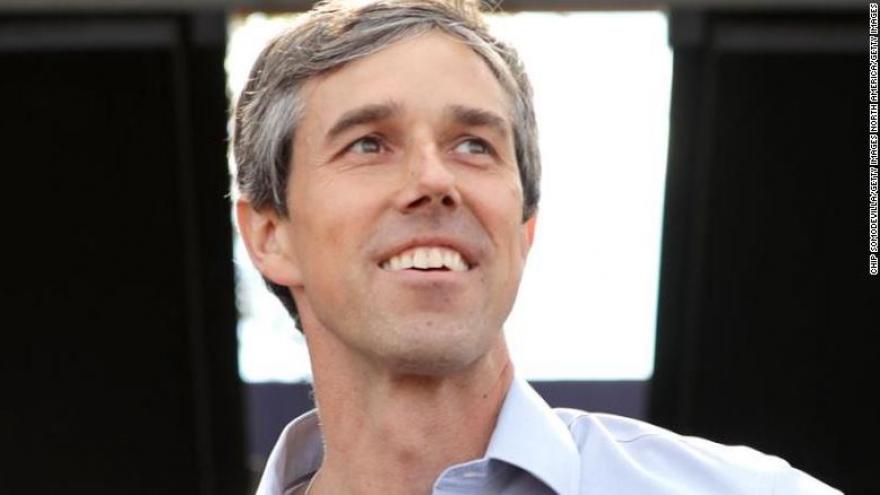 MADISON, Wis. (AP) — Democratic presidential candidate Beto O'Rourke told supporters Sunday that he's never taken LSD and there's "nothing" he hasn't already revealed about his past that could come back to hurt his run for office.

The former Texas congressman — who has become known for his propensity for using the "f-word" — also promised again to clean up his language, despite breaking such past vows.

O'Rourke grabbed much attention as he wrapped up his first week of campaigning, but his challengers could be found at events from the Upper Midwest to the South. And looming over them all is the shadow of one prominent Democrat not in but not out, former Vice President Joe Biden. He has yet to announce a decision.

Speaking in front of a large map of Russia inside a coffee shop in Wisconsin's capital, O'Rourke promised to return often, addressing concerns Democrats raised in 2016 after Hillary Clinton never campaigned in the state after her party's primary and lost the state to Donald Trump by fewer than 23,000 votes.

"This state is fundamental to any prospect we have of electing a Democrat to the presidency in 2020," O'Rourke said, adding that he was "really glad" Milwaukee was chosen to host the 2020 Democratic national convention. The city, which O'Rourke was visiting later Sunday, beat out Miami and Houston.

O'Rourke, of course, has to secure the Democratic presidential nomination before he can worry about the general election. But then he's also already said he'd prefer to pick a woman as his running mate, should he make it that far. O'Rourke said Sunday that it was presumptuous to commit to that so early, but that doing so would make a "tremendous amount of sense" given the number of qualified women candidates.

Many remember the Texan for declaring "I'm so f--king proud of you guys" on national television during his concession speech in November, after narrowly losing his Senate race to incumbent Republican Ted Cruz. O'Rourke said Sunday that he'll not use profanities any more, after being asked by a voter if he was going to "clean up his act," especially in front of children.

"Point taken, and very strongly made," O'Rourke said. "We're going to keep it clean." He made a similar pledge during his race with Cruz, then didn't make good.

O'Rourke has previously admitted to a 1998 arrest for drunken driving and said nothing else will come out that could be used against him during the 2020 presidential campaign. Later, he signed the skateboard of a supporter who asked if he had ever taken the drug LSD. The candidate responded that he hadn't.

About 400 people came to the coffee shop to hear O'Rourke. Half made it inside and half listened from the sidewalk through the opened door. O'Rourke wore a St. Patrick's Day necklace featuring green cabbage but said he had coffee — not beer — with his breakfast: "Although it can be justified as an O'Rourke on St. Patrick's Day to do that," he joked, in a nod to his Irish heritage.

The Republican Party's official Twitter accounted noted his past arrest, tweeting, "On this St. Paddy's Day, a special message from noted Irishman Robert Francis O'Rourke" and including an altered photo of the Democrat's mug shot wearing an oversized, green leprechaun hat over the phrase "Please Drink Responsibly."