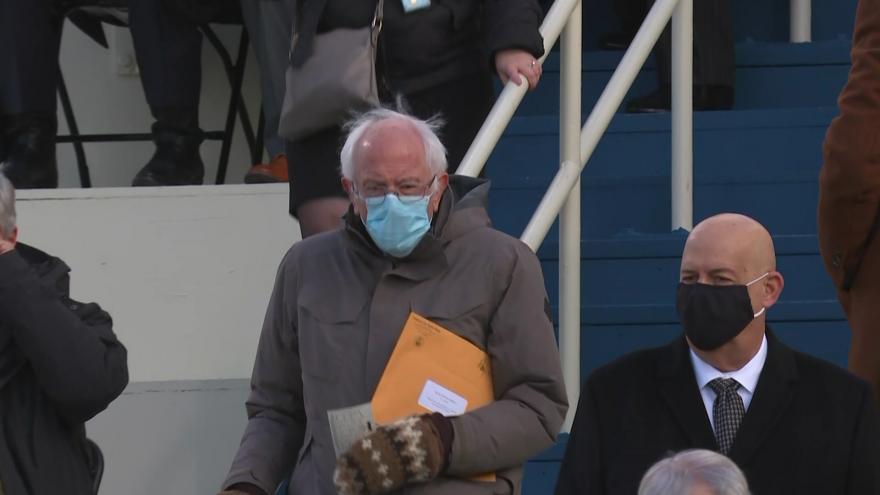 About those wooly mittens that Sen. Bernie Sanders wore to the presidential inauguration that sparked quirky memes across social media?

Sanders says they've helped to raise $1.8 million in the last five days for charitable organizations in his home state of Vermont through the sale of T-shirts, sweatshirts and stickers with the iconic image of him sitting with his arms and legs crossed in his brown parka and recycled wool mittens.

The independent senator says multiple groups will benefit from the proceeds, including Meals on Wheels and Vermont community action agencies.

He also says Getty Images will donate proceeds as part of a licensing agreement.