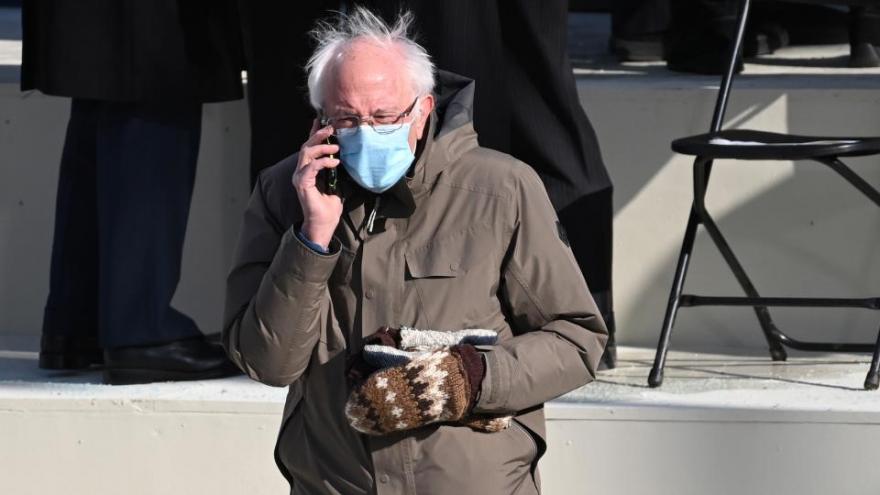 (CNN) -- Sen. Bernie Sanders, an independent from Vermont and the chairman of the Senate Budget Committee, is set to unveil a trio of bills designed to lower the cost of prescription drugs and give American consumers access to the competitive global drug market.

On Tuesday, Sanders will introduce the three bills ahead of a hearing in a Senate Health, Education, Labor and Pensions subcommittee that Sanders also chairs. One bill is designed to index the price of popular drugs according the global market. A second will give Medicare the opportunity to pay for drugs through a competitive bidding process, and the third would allow Americans to buy drugs at cheaper prices from foreign sellers. The policy proposals are very similar to ones Sanders has previously championed as a senator and as a Democratic Presidential candidate.

"In my view, the pharmaceutical industry is out of control," Sanders said in an interview with CNN. "They can charge any price they want at any time and that has to change."

From his perch as Budget Committee chairman, Sanders wields a powerful weapon. He is able to push through legislation through the reconciliation process, which allows bills, which directly impact the federal budget, to pass the Senate with a simple majority, as opposed to standard pieces of legislation that must overcome a 60-vote threshold to avoid a filibuster to move forward.

Sanders, with the support of President Joe Biden and Senate Majority Leader Chuck Schumer, utilized reconciliation to pass the $1.9 trillion Covid relief package. Sanders believes prescription drug reform should be a part of the next reconciliation package. A package that could include many other items on the Biden agenda wish list like investment in infrastructure improvements, policies to address climate change and job creation. Sanders said that he is in contact with the White House broadly on the bills he plans to produce and is working with the Finance Committee chairman, Sen. Ron Wyden of Oregon, who has his own proposal with GOP Sen. Chuck Grassley of Iowa that seeks to lower the price of prescription drugs. That bill, however, is different than Sanders' legislation.

"There are other things that we can and should do within reconciliation, and one of many other ideas, is the need to lower prescription drug costs, save the government money, and expand Medicare," Sanders said.

But the longer the wish list gets, the more difficult it could be to get over the finish line. Moderate Democrats like Sen. Joe Manchin of West Virginia have signaled a reluctance to utilize reconciliation again to squeeze Republican senators out of the process. Sanders shook off Manchin's criticism and argued that public opinion will convince senators on the fence to support the legislation.

"So, if your question is do I think there's going to be broad support for taking on the drug companies and lowering the cost of prescription drugs?" Sanders asked. "I do. I do believe there will be broad support."

In addition to the reforms he's proposing, Sanders is particularly focused on using the potential savings from Medicare to expand the program to cover dental visits, hearing aids and eyeglasses. It is a prong of his policy that already has support from Democratic leaders in the House of Representatives. Speaker Nancy Pelosi introduced a similar bill in 2019 that passed that House with that provision, but the bill died in the then-Republican-led Senate.

This time around, Rep. Ro Khanna, a Democrat from California who will sponsor one of the bills in the House, predicted the legislation stands a much better fate and he supports Sanders' plan to use reconciliation to make them a reality. Khanna also believes the proposals have much better chance of winning the approval of the Senate parliamentarian than their effort to raise the federal minimum wage, which was turned down.

In addition to Khanna, who will carry the international price indexing bill in the House, Sanders has enlisted Democratic Rep. Lloyd Doggett of Texas to sponsor the bill on Medicare negotiating prices, and fellow Vermonter Rep. Peter Welch, a Democrat, will introduce the bill to allow importation of prescription drugs.

Khanna acknowledged the size and scope of the next reconciliation package continues to grow, but argued one person -- Biden -- has the ability to clear a path for any legislative priority if he wants to.

"The question is, how much will the White House enable?" Khanna asked. "I don't see a situation where the President is behind something and then senators and House members voting against that across the ideological spectrum."

For Sanders, reducing the cost of prescription drugs has been a bedrock issue of his progressive policy suite and featured issue during his presidential campaign. In the days before the first presidential debate of the Democratic primary in 2019, Sanders led a group of Americans across the border from Detroit, Michigan, into Windsor, Ontario, to buy insulin at much lower cost. Sanders is hoping that this package of bills will begin the process of reducing the staggering costs of live saving medications.

"It's literally the fact that one out of four of Americans can't afford the medicine that they need. That is a crisis. But we're talking about the reality that the high cost of prescription drugs is driving up health care costs, in America, so that we ended up spending almost twice as much per capita on health care, as the people of any other country," Sanders said. "So this is a crisis situation we cannot continue to spend so much on health care."

And as Khanna noted, it is something even Republican politicians ran campaigns on -- but then never followed through with. Lowering the cost of prescription drugs was a major campaign pledge of former President Donald Trump, a promise he even made during a State of the Union address.

"The fact though, that he (Trump) kept speaking about it shows that it has a populist appeal," Khanna said. "The fact that he would speak about it in State of the Unions shows this is something that I think, crosses the ideological spectrum."

CORRECTION: An earlier version of this story misstated which committee would hold a hearing on Sen. Bernie Sanders' bills related to lowering prescription drug prices. It's a subcommittee for the Senate Health, Education, Labor and Pensions Committee.