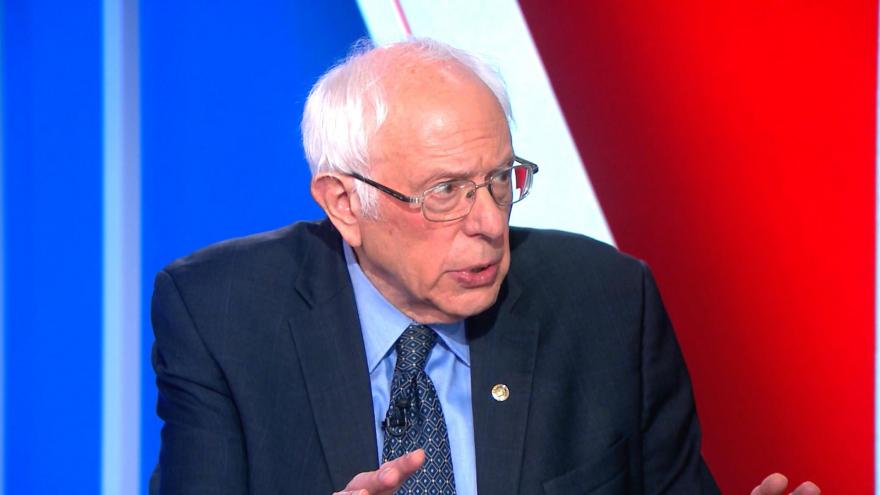 The Biden campaign and the political group representing Sen. Bernie Sanders reached a deal to allow the Vermont senator to maintain a large amount of delegates to the Democratic Party's convention he would have otherwise forfeited when he dropped out of the race.

(CNN) -- The Biden campaign and the political group representing Sen. Bernie Sanders reached a deal Thursday to allow the Vermont senator to maintain a large amount of delegates to the Democratic Party's convention he would have otherwise forfeited when he dropped out of the race.

In another sign of former vice president Joe Biden's efforts toward party unity by reaching out to Sanders' supporters, the campaign released a joint memo outlining the agreement, which allows the senator to fill statewide delegate and standing convention committee slots he would have been eligible for as if he still had an active campaign.

Democratic National Committee rules state a candidate must still be in the race when At-Large and Party Leader and Elected Official slots to the convention are filled based on the statewide primary or caucus results. That process usually occurs weeks or months after the initial primary or caucus vote.

"While Senator Sanders is no longer actively seeking the nomination, the Biden campaign feels strongly that it is in the best interest of the party and the effort to defeat Donald Trump in November to come to an agreement regarding these issues that will ensure representation of Sanders supporters and delegate candidates, both on the floor and in committees," the memo said. "We must defeat Donald Trump this fall, and we believe that this agreement will help bring the party together to get Trump out of the White House and not only rebuild America, but transform it."

The memo also says they are working together to "to ensure representation for Senator Sanders in the New York delegation." The state canceled its June primary earlier this week due to the coronavirus outbreak. New York's 274 pledged delegates represent the second largest delegation at the DNC, currently set for August in Milwaukee.

Many Democrats bristled at the state election board's decision to cancel the primary, potentially denying Sanders dozens of delegates, which his campaign called an "outrage."

Representation at the convention is critical for Sanders to maintain influence on the party's platform and rules.

The Biden campaign has worked hard to court Sanders supporters since it became clear that he would emerge as the presumptive nominee, even before the senator dropped out of the race.

"So let me say especially to the young voters who have been inspired by Sen. Sanders: I hear you. I know what's at stake. I know what we have to do. Our goal as a campaign and my goal as a candidate for president is to unify this party. And then to unify the nation," Biden said in March.

The campaigns continue to work together on a series of policy issues. After Sanders endorsed Biden earlier this month, they appeared on a livestream together and announced six policy working groups on immigration, criminal justice, the economy, climate action, education and health care.