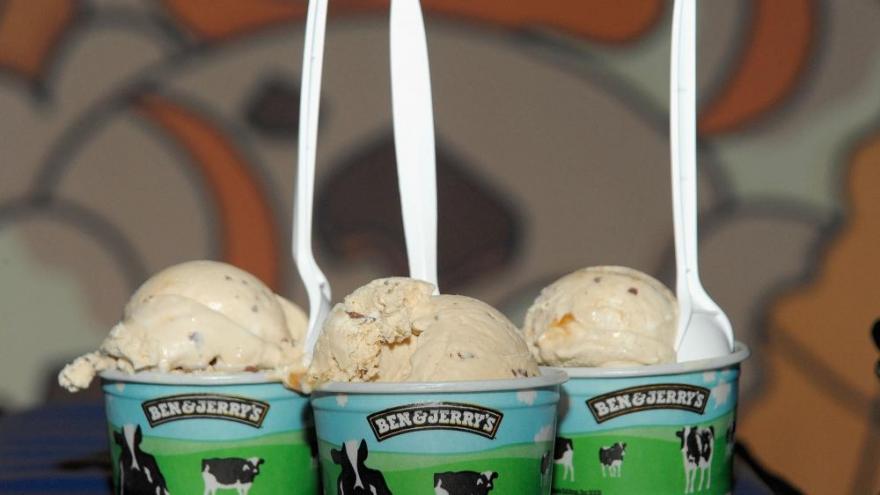 Ben & Jerry's is the latest company announcing plans to reduce its environmental footprint.

The company expects to fully transition to paper straws and wooden spoons by April 9, this year's date for its popular Free Cone Day. The straws will be available by request only.

By the end of 2020, Ben & Jerry's hopes to shift away from clear plastic cups, plastic-lined cups and plastic lids as well.

Of course, the easiest way to avoid plastic still is to get your ice cream in a waffle cone.

The Vermont-based company has long supported left-leaning causes and prides itself on "making the best possible ice cream in the best possible way." Its process includes using cage-free eggs along with fair trade and non-GMO ingredients.

Ben & Jerry's move follows Starbucks' announcement last year that the coffee chain will phase out plastic straws by 2020. Many governments are following suit. The UK government has called for the elimination of single-use plastic straws and stirrers. In the US, the city of Seattle banned single-use utensils and plastic straws, Washington, DC banned plastic straws to kick off 2019, and a New York City councilman has introduced similar legislation.

These moves reflect a growing concern about the ills of single-use plastic. Collins Dictionary noted the trend, naming "single-use" its 2018 Word of the Year and charting a four-fold increase in its usage since 2013.