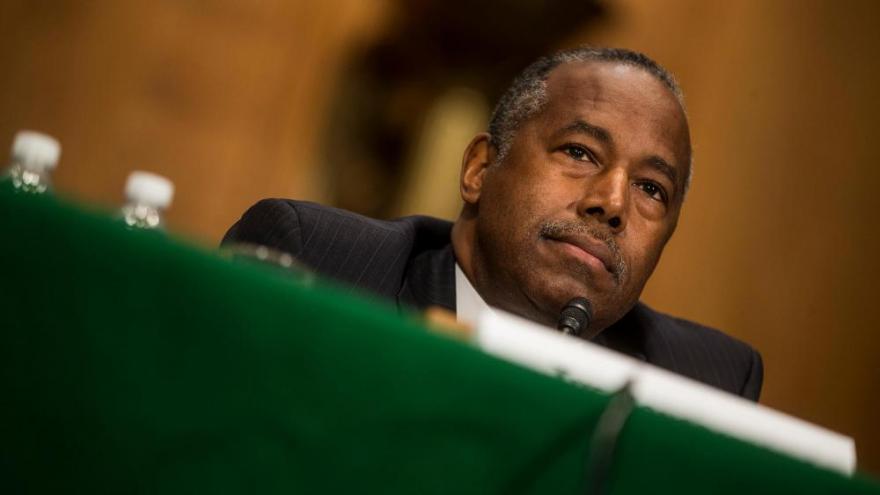 "Secretary Carson has tested positive for the coronavirus. He is in good spirits and feels fortunate to have access to effective therapeutics which aid and markedly speed his recovery," Baker said in a statement.

An aide added that Carson, 69, tested positive Monday morning at Walter Reed National Military Medical Center after experiencing symptoms. He is no longer at the hospital.

Carson's chief of staff Andrew Hughes disclosed the secretary's positive diagnosis in an all-staff letter, writing: "He is resting at his house and is already beginning to feel better."

Hughes also said staff would be notified if they'd been in contact with Carson and that "all precautions are being taken."

Later Monday afternoon, two sources confirmed to CNN that another individual in Trump's orbit, David Bossie, had tested positive for coronavirus. The diagnosis came days after he was tapped to oversee the Trump campaign's legal challenges contesting the outcome of the election.

Carson attended an election night party where White House chief of staff Mark Meadows and nearly every other attendee was not wearing a mask. Meadows and four others in Trump's orbit subsequently tested positive last week.

Carson, a retired neurosurgeon and a member of the White House coronavirus task force, was spotted maskless at several Trump campaign events in the lead up to Election Day, including a Trump campaign rally in Waterford Township, Michigan, on October 30.

Social media posts by Carson and Trump supporters indicate that the Housing secretary was traveling to campaign for the President in the southeast before Election Day.

Black Voices for Trump posts indicate that Carson and his wife, Candy, traveled to events in Florida and Georgia ahead of the election. Masks went largely unworn during the events. And the Carsons were photographed without masks, posing shoulder-to-shoulder with supporters.

And a Facebook post from the Carsons on November 1 states: "Over the past few days we have attended many political events in our personal capacities."

The new set of positive coronavirus diagnoses within the President's orbit comes a month after Trump's own bout with the disease.

After Meadows and four other staffers tested positive last week, Trump campaign staffers told CNN they were furious that the campaign never informed them about positive cases among staff. Meadows had been in the office multiple times that week without a mask.

The US Centers for Disease Control and Prevention says the risk of severe illness from Covid-19 increases as individuals get older, and that 8-in-10 coronavirus-related deaths reported in the US has been among adults aged 65 and older.

Men are also more likely than women to suffer severe illness or die from coronavirus, according to the CDC.

This story has been updated with additional reporting on Carson's diagnosis.