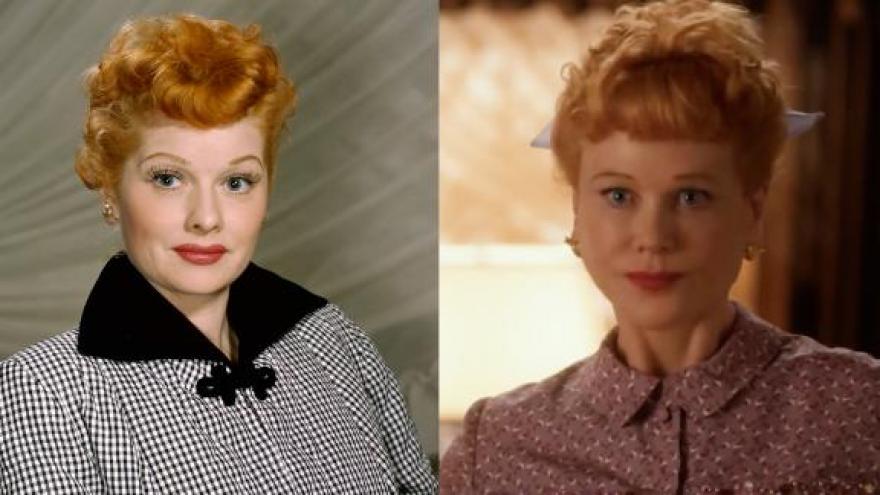 (CNN) -- Presenting a far richer story than a simple biopic, "Being the Ricardos" turns writer-director Aaron Sorkin loose again on the medium of television and produces one of the year's most satisfying movies. That it was made for a streaming service, Amazon, is a wrinkle even the legendarily foresighted Desi Arnaz surely couldn't have imagined.

In a clever framing device, Sorkin builds the narrative around a "scary week" in the lives of Lucille Ball (Nicole Kidman) and her husband/co-star Arnaz (Javier Bardem), as filtered through the recollections of those who worked on their top-rated sitcom, "I Love Lucy." The film then uses that confined window to revisit the couple's courtship and how they conquered TV through a series of deftly constructed flashbacks.

The crises for the duo emerge on two fronts: An anonymous item from radio star Walter Winchell implying that Ball is a communist (there's an explanation, but not one that might satisfy red-baiting critics or nervous network executives); and tabloid photos of Arnaz with another woman, fueling Lucy's suspicions, despite his denials, about the philandering that would eventually break them apart.

Those elements really define the film, much more than the casting and absurd sight-unseen second-guessing that it triggered. As for that, Kidman might not particularly resemble Lucy but she utterly captures her creative genius, imperious demeanor in dealing with the writers -- executive producer Jess Oppenheimer (Tony Hale) absorbs the brunt of the abuse -- and her show-first attitude, even if that meant relegating co-star Vivian Vance (Nina Arianda) to frumpy frocks that she hated.

When they meet Desi instantly recognizes her talent, calling her "kinetically gifted," skills that would later be put to good use in the show's ample slapstick. As for her cold-blooded demeanor and recognition of the clout the pair wielded at that moment, it's best summed up by a scene when somebody asks her if she's joking.

"I'm Lucille Ball," she responds icily. "When I'm being funny you'll know it."

The underlying conceit behind "Being the Ricardos" is that despite their success, Ball and Arnaz's future faced real jeopardy during that week, creating a tension among the staff and cast that brought out the best and worst in everybody. That includes a spectacularly funny supporting turn by J.K. Simmons as co-star William Frawley, who references his vaudeville career and boasts about drinking excessively without actually getting drunk.

Counting Lucy and Desi's kids among its producers, "Being the Ricardos" treats both gently but doesn't whitewash the relationship or characters, including the fact that Lucy went into television in order to keep her husband at home and ultimately still couldn't save the marriage.

"Every decision I make is based on being near you," she insists, during an earlier moment when the prospect of more film work beckons.

Throughout his career Sorkin has exhibited a knack for capturing both the artistic process, which is difficult to put on film, and the high-stakes world of television. Although he has more recently gravitated to movies that previously took place primarily on TV in "Sports Night," "Studio 60 on the Sunset Strip" and "The Newsroom."

No matter how many times you've watched those classic "I Love Lucy" episodes (or not at all), it's likely you'll come away from "Being the Ricardos" with a greater appreciation for the central couple's talents as well as their personal failings and foibles. In that, Sorkin has delivered a colorful portrait that goes beyond the nostalgia-tinted hues of black and white.

"Being the Ricardos" premieres in select US theaters on Dec. 10 and Dec. 24 on Amazon. It's rated R.