Before the Astros, 7 other cheating scandals that rocked the professional sports world 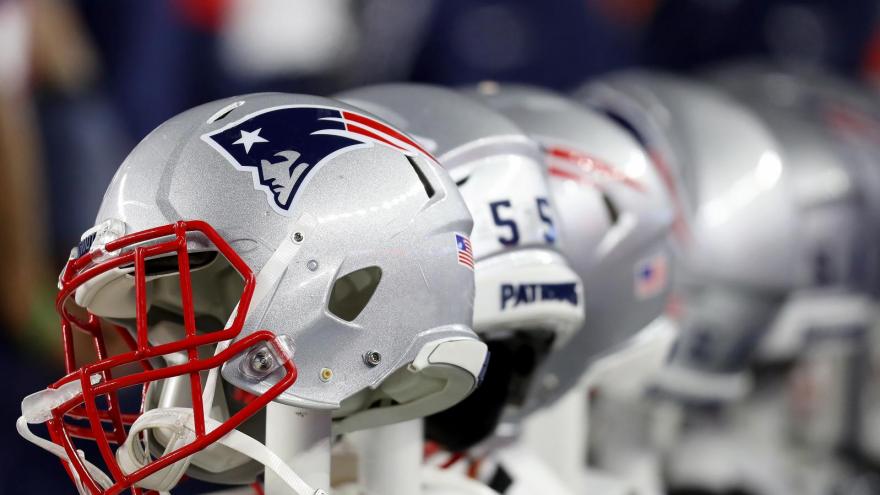 The New England Patriots have been involved with two scandals in less than 10 years.

A shining example of that is the Houston Astros' firing of their team manager and general manager after Major League Baseball found the Astros illegally created a system that decoded and communicated the opposing teams' pitching signs during their 2017 championship season.

But it's not the first time individuals or teams have been caught cheating. Here are seven other examples of cheating scandals that rocked the world of professional sports:

Almost a year later, eight White Sox players were accused of conspiring with gamblers to lose on purpose. The incident was dubbed the Black Sox Scandal.

The eight players were acquitted in a 1921 trial but were banned for life from professional baseball by then-commissioner Kenesaw Mountain Landis.

Rosie Ruiz won the 1980 Boston Marathon and even set a new record time, finishing in less than three hours.

But questions started to arise when it turned out no one saw Ruiz running during the marathon and she had shaved 25 minutes off her already impressive time in the 1979 New York Marathon.

A freelance photographer came forward with the revelation that she had definitely been with Ruiz on the subway during the New York race. It was also later found that Ruiz didn't run the full Boston Marathon -- instead she waited about a mile from the finish line, jumped into the race and sprinted to the finish.

Marathon officials stripped Ruiz of her title, but she maintained she finished both races fair and square. Her first place medal was never returned to her. Ruiz died in July.

But in 2013, Armstrong told Oprah Winfrey he used performance-enhancing drugs to advance his cycling career.

Prior to his admission, Armstrong either resigned or was dropped from the boards of various foundations. The US Anti-Doping Agency stripped him of his seven Tour de France titles and imposed a lifetime ban on him.

The International Cycling Union also stripped Armstrong of his Tour de France titles and banned him from professional cycling for life.

After his admission, the International Olympic Committee stripped Armstrong of the bronze medal he won at the 2000 Olympic Games in Sydney.

But she later pleaded guilty to lying to federal agents about using performance-enhancing drugs. In 2007, after years of denials, Jones admitted she used the steroid THG, known as "the clear," from 1999 to 2001. She returned her five medals.

In 2008, Jones was sentenced in federal court to six months in prison, two years of probation and community service for lying to federal prosecutors.

NBA referee Tim Donaghy was a 13-year veteran in the league, making $260,000 annually, when he quit in 2007 amid accusations of betting on games.

Donaghy and two other men were involved in a gambling ring in which Donaghy was paid to provide winning picks based on classified information he received as a referee. Donaghy used code language to tip off the men, authorities said.

The former referee told a judge in 2008 that he got involved with the gambling ring to pay for his severe gambling addiction.

Donaghy was sentenced to 15 months in prison and three years of supervised release -- less than the maximum penalty of 33 months, or nearly three years, in prison.

The two men -- James Battista and Thomas Martino -- were sentenced to more than year in prison. They and Donaghy also agreed to pay the NBA more than $200,000 in restitution.

The NBA at the time denied that Donaghy's conduct was part of a larger problem within the league.

One of the biggest sports rivalries of the 1990s was between professional ice skaters Tonya Harding and Nancy Kerrigan.

The rivalry was so extreme that a month before the 1994 Winter Olympics in Lillehammer, Norway, a hitman connected to Harding's ex-husband struck Kerrigan on the knee with a baton.

The ex-husband, Jeff Gillooly, spent two years in prison for the crime as part of a plea deal. Harding received three years of probation and was fined $100,000 for conspiring to hinder prosecution.

Kerrigan recovered in time for the performance and went on to take silver.

The New England Patriots are no strangers to scandals.

In 2007, the Patriots were caught videotaping the New York Jets coaches' hand signals during a game in what became known as Spygate. NFL Commissioner Roger Goodell fined Patriots head coach Bill Belichick $500,000, while the team was fined $250,000 and lost a first-round draft pick.

Eight years later, the Patriots were involved in Deflategate. It was found that 11 of the 12 game balls the Patriots provided for the AFC Championship game were under-inflated by about 2 pounds per square inch each, which could make them easier to grip.

Quarterback Tom Brady was hit with a four-game suspension at the beginning of the 2016 season. The Patriots organization was fined $1 million and forfeited draft picks.

The team is currently under investigation after allegations they recorded the Cincinnati Bengals sideline during the team's game against the Cleveland Browns. The Patriots have said the video team was shooting a behind-the-scenes feature on the Patriots scouting staff.

Update: This article has been updated to reflect that Ruiz died in July.