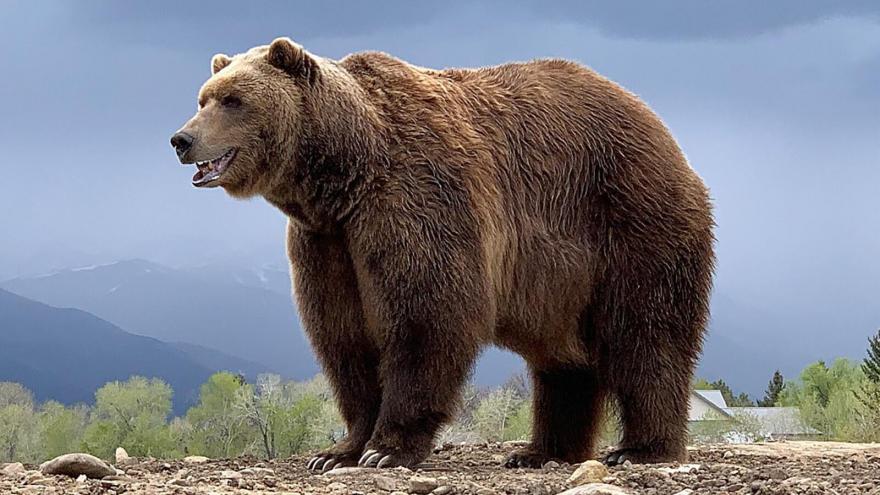 (CNN) -- Bart the Bear II, a famed grizzly bear who had appeared in countless movies and TV series such as "We Bought a Zoo" and "Game of Thrones," has died, according to his family, Lynne and Doug Seus.

In a post on The Vital Ground Foundation, which was co-founded by the Seus, it said they are "forever humbled and grateful to have shared our lives with this noble grizzly."

Vital Ground works predominantly in the Rocky Mountains to conserve land for grizzly bears and other wildlife, its website says.

In 2000, Bart was orphaned in Alaska with his sister, Honey Bump, after their mother was killed by a hunter, Vital Ground said. He was brought to Utah where he lived out his life as a 1,400-pound bear and became the ambassador for The Vital Ground Foundation.

He was "featured in many motion pictures, including Dr. Dolittle 2, An Unfinished Life, Into the West, Evan Almighty, Have You Heard About the Morgans?, Without a Paddle, Zookeeper, Pete's Dragon, We Bought a Zoo, Into the Wild, The Grizzly Maze and Game of Thrones, as well as many other TV shows and commercials," Vital Ground said.

Bart died "silently and naturally" along the banks of Daniel Creek in Utah earlier this week. He is survived by his sister Honey Bump and many at the foundation who loved him, his obituary says.