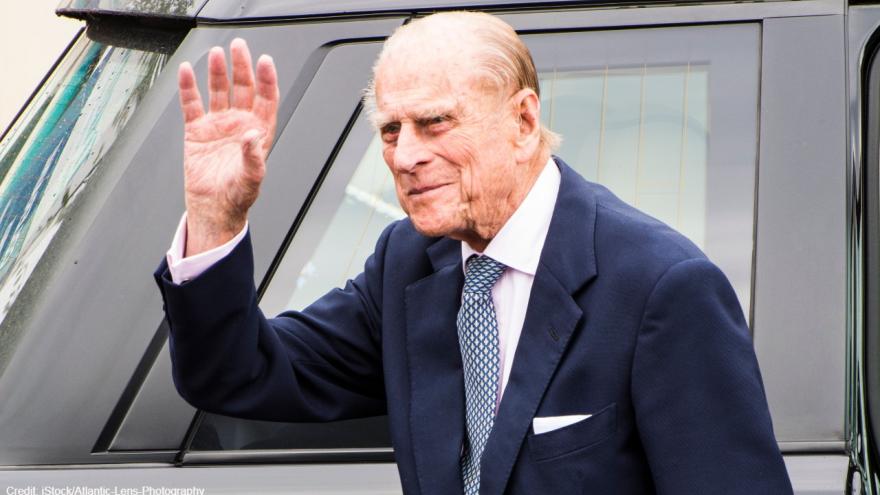 (CNN) -- Global interest in the British royal family has boomed recently, mostly due to Harry and Meghan's bombshell interview with Oprah Winfrey last month and the hit TV series "The Crown." But after Prince Philip's death on Friday, media saturation appears to have reached tipping point, in Britain at least.

The British Broadcasting Corporation (BBC) opened a dedicated feedback form on its website after it was inundated with complaints about its wall-to-wall coverage.

The lifelong companion of Queen Elizabeth II and the longest-serving consort in British history, died at the age of 99 on Friday. The BBC responded by clearing its regular TV and radio programming and broadcasting special news reports and tribute programs instead. Popular TV shows like the top-rated soap EastEnders and the final of the cooking competition MasterChef were postponed. Coverage was simulcast across various networks.

National radio stations also changed their tone after the palace announced the death, abruptly switching to somber playlists and taking some music programs off air.

Some viewers appeared to tune out too. BBC One's Friday average viewership between 7 p.m. and 8 p.m. fell to 2.41 million from the previous week's 2.56 million, a drop of almost 6%, according to data published by Deadline, an entertainment website. BBC Two's viewership declined 65%, from 980,000 to 340,000, according to Deadline's analysis of preliminary data from BARB, the company that collects ratings on behalf of British broadcasters.

Viewers also criticized the broadcaster online when it pulled all programming from BBC Four, including coverage of an England women's football game. CNN has reached out to the BBC for comment.

Similarly, the BBC's main rival ITV broadcast a film about Prince Philip at 5 p.m. local time before a two-hour long news special at 7 p.m. and a documentary at 9 p.m. It saw a 60% hit to its ratings on Friday evening, according to Deadline.

Chanel 4, another British free-to-air service, had less coverage of the death and its 9 p.m. show 'Gogglebox' was watched by 4.2 million viewers, the highest-rated individual show of the day, according to Deadline's analysis.

The BBC, which is funded by a compulsory license fee on all TV viewers, has been at the heart of media in the United Kingdom for the best part of a century, but it is facing a brutal fight for survival.

As the government, led by Prime Minister Boris Johnson, questions its future funding, the corporation is facing an ever bigger challenge from huge global digital rivals such as Netflix, Amazon and the Google-owned YouTube eating away at its audience.

The group Defund the BBC, which campaigns for the decriminalization of the failure to pay a TV license fee which funds the broadcaster said Friday the decision to set up a complaints form was "disgraceful" and that the BBC is "anti-British."