Bats can predict the future to hunt their prey, Johns Hopkins researchers find 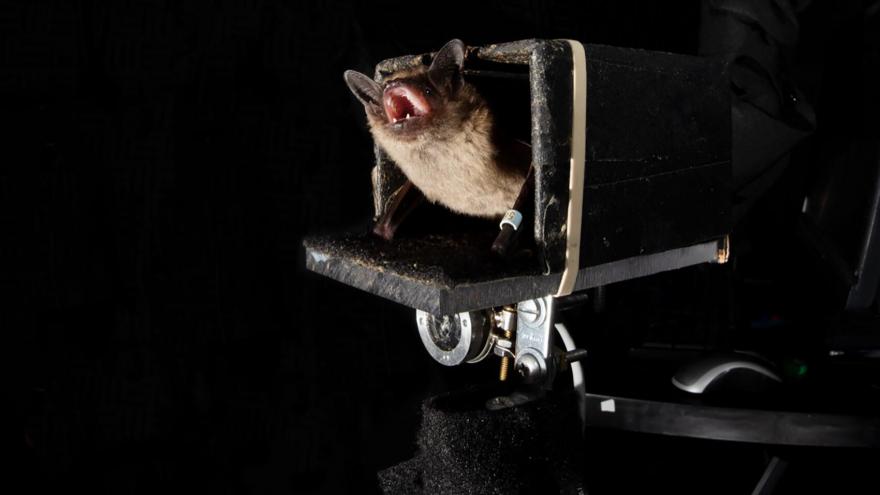 Bats can predict the future by estimating where their prey will end up, Johns Hopkins researchers say.

(CNN) -- Bats are often unfairly painted as blood-sucking vermin, but the researchers who study them would rather you think of them as the highly intelligent, largely benevolent creatures they are.

A team from Johns Hopkins University have a new argument to make a case for bats: The winged mammals can predict the future.

Insect-eating bats use echoes to create a 3D model of the world around them as they fly, chasing their prey, and use those snapshots of the world to predict the path of their prey, according to a study published this week in the journal Proceedings of the National Academy of Sciences.

So while bats aren't actually clairvoyant, those of them that track insects are highly accurate hunters that rely on more than just visual cues.

Cynthia Moss, principal investigator at Johns Hopkins' Batlab, a professor of psychological and brain sciences and senior author of this week's study, said the findings could inform the way scientists understand how humans perceive and process information, too.

"We study bats, but we're really more interested in bigger, more general questions," she told CNN. "One question is how animals, including humans, can use information that they take in through their senses and sort of process it over time to predictions about what will happen in the future."

That quick prediction is something sports players are especially adept at, Moss said, but they have an advantage that bats don't -- they can follow a ball as it travels without interruption as it flies through the air or bounces on a court. Bats, who often chase their prey through the dark, are impeded by trees that block their echoes.

Bats hunt using echolocation, a process through which they emit ultrasonic calls and use the information from returning echoes, like how long it takes for the echo to bounce back to them, to create a "3D record of the world around them," co-first author and PhD candidate Clarice Diebold told CNN.

But there are gaps in those models of the world since echoes bounce off trees and other objects in bats' path. So Moss, Diebold and co-first author Angeles Salles tested whether bats could take those discrete snapshots to piece together a predictive model of where the object they're chasing will end up -- the way a baseball player in the outfield may try to catch a fly ball, only instead of relying on visuals, bats rely on hearing.

The Batlab team trained bats to sit on a platform in their lab while they controlled the path of the insect the bats would chase. The environment allowed the researchers to control the speed at which the insect moved, and they then closely observed the bats with a high-speed camera.

"What we found was that bats were not just using returning echo information, but were actually estimating where target would be at future point," Diebold said.

The bats did this by estimating the speed at which the insect was moving, as well as the position where the target should end up, even when echolocation was blocked for moments, she said.

"We found bats are able to predict when the prey will re appear when they temporarily lose it behind clutter," said Salles, postdoctoral fellow.

How research on bats could help humans

Moss acknowledged that people may find the lab's emphasis on bats "quirky" or highly specialized. But bats make strong test subjects when it comes to testing hypotheses about the human condition, she said.

"Bats are indeed quite special creatures," Moss said. "They may hold the clues to unraveling a lot of problems that humans face."

Some of the techniques that bats use to hunt in the dark are shared by blind people, who may use their own form of echolocation by tapping a cane or clicking their tongue to create an image of the world around them. Like bats, people who are blind may track objects as they move by listening to changes in the echoes over time.

And by understanding the processes through which bats make those predictions with their hearing to successfully reach their prey, Moss said, researchers may better understand how to develop devices that help blind people do the same.