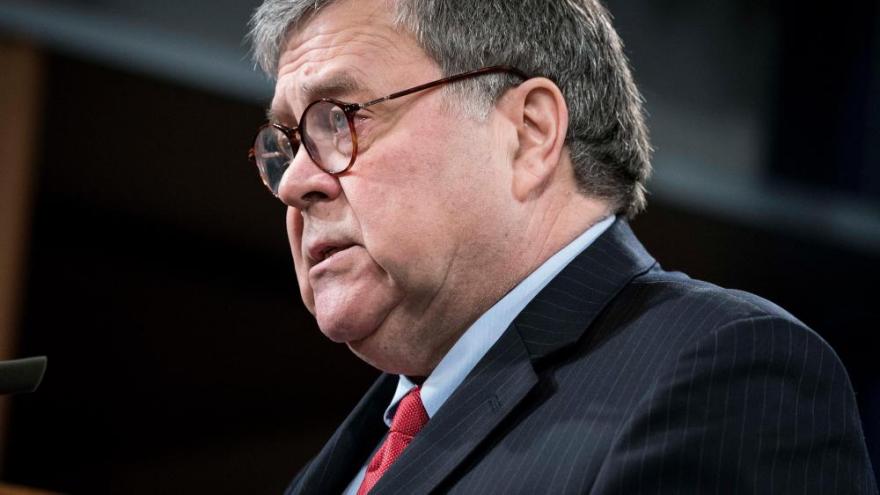 The Justice Department's leak investigation that targeted lawmakers was more than a year old when Attorney General William Barr took office in 2019. Barr, pictured on February 10, 2020 in Washington, DC had vowed to help answer the fairness of it's investigations.

Barr pushed for briefings from national security prosecutors and urged them to move quickly to complete investigations, according to people briefed on the matter. In some cases, he sought to bring in outside prosecutors to help reinvigorate investigations he thought weren't moving quickly enough.

News broke Thursday evening that prosecutors had subpoenaed Apple for data from the accounts of Democrats on the House Intelligence Committee, along with their staff and family members, as part of a leak investigation. On Friday, Apple said the Justice Department had demanded metadata on 73 phone numbers and 36 email addresses in February 2018 as part of its investigation.

Its existence was closely held given the sensitivity, though former President Donald Trump and some of his Republican allies regularly pushed the Justice Department to investigate Rep. Adam Schiff of California and other Democrats they blamed for fueling news coverage about the former President's ties to Russia.

Like most leak investigations, it was a difficult case to make and some officials thought it likely to end without charges, one person briefed on the matter said.

As part of his effort to crack down on leakers, Barr brought in a well-regarded New Jersey prosecutor, Osmar Benvenuto, in early 2020 to help oversee leak investigations, which raised some eyebrows among Washington-based prosecutors because the line prosecutor had not had extensive counterintelligence or leak investigation experience. Like Trump, Barr had suspicions about leaks and believed the department's credibility was at stake if it couldn't show it fully investigated them, people briefed on the matter said.

He also found a set of aggressive career prosecutors leading this and other leak cases who were willing to take extraordinary steps to try to complete the probes.

Barr does not recall the specifics of a leaks probe of the lawmakers, according to a person familiar with the matter. And Barr denied knowledge of the moves in an interview with Politico on Friday.

The Justice Department's inspector general announced Friday it will investigate the department's handling of the leak investigation. Senate Majority Leader Chuck Schumer and Senate Judiciary Chairman Dick Durbin are calling for Barr and Sessions to testify on the matter.

But a Senate aide explained that Democrats would need the support of at least one Republican on the evenly divided Judiciary Committee to approve any subpoenas.

Very few Republicans have so far spoken up about the news of the Trump Justice Department probe into the House Democrats and whether they will back any effort to bring the two former attorneys general to testify before the Senate.

House Democrats, however, can issue subpoenas without the consent of the GOP.