Barber recovering from open-heart surgery after fall on scissors 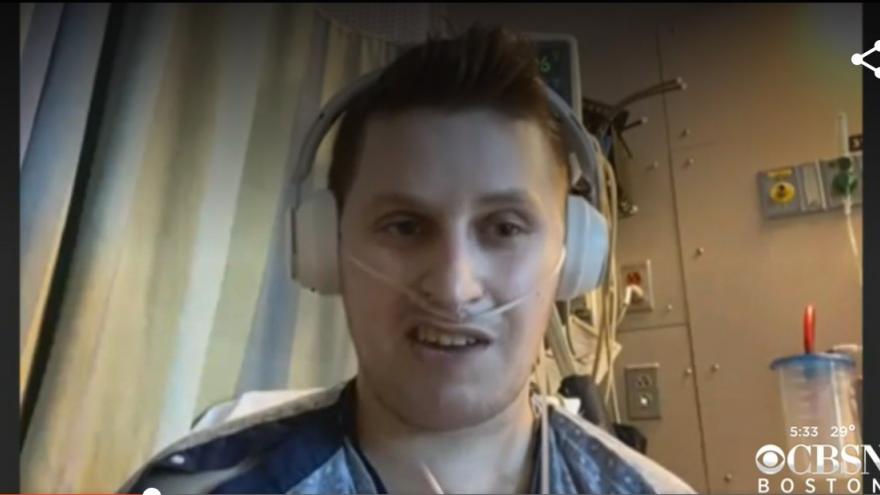 That’s how close it came to a life-threatening injury as he said he suddenly tripped as he cut a client’s hair last Friday at Boston Barber on Beacon Hill. “When I slipped I put my hands out, my scissors were over my right ring finger extended in, and I put my hands out to catch my fall,” said Silva.

That’s when the scissors punctured his chest as he went down, surveillance video shows him kneeling on the floor as a co-worker and client rushed to help likely saving his life. “One got paper towels, one got regular towels and they were switching them back and forth,” Silva said.

They applied pressure until EMTs arrived rushing him to what would be open-heart surgery. Silva, who punctured an artery in his heart, says he didn’t know how serious it was until he saw the faces of those around him. “I felt my chest tightening a bit,” he said, “it did more damage than I thought.”

He’s also grateful the incision didn’t touch a recent tattoo with the names of two brothers who passed away. “They went around it and I’m very happy about that,” he said. “I actually couldn’t believe it.”

Silva says if he can survive the pandemic and the period of unemployment it brought he can survive this, though he figures he’ll have a new nickname. “I joke that they’ll call me the Beacon Hill klutz.”

He hasn’t lost the sense of humor that’s a constant on the job he’s loved for four years but says he’ll make one change, no-slip shoes.