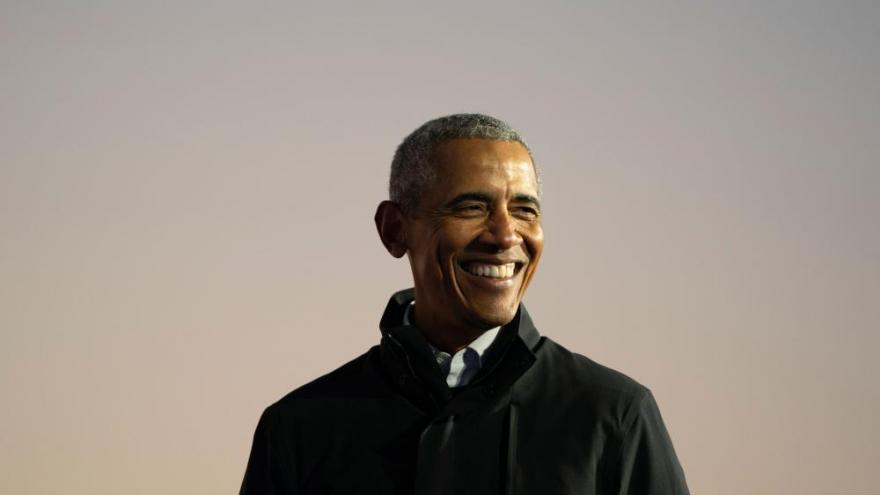 President Barack Obama has more than three dozen tunes on his personal soundtrack for the summer.

(CNN) -- It's summertime -- and the 44th President once again has a few tunes for your consideration.

Former President Barack Obama kicked out a characteristically wide-ranging list of what he's been listening to this summer -- a collection including J. Cole, SZA, The Rolling Stones, Drake and Bob Dylan.

"With so many folks getting together with family and friends, there's a lot to celebrate this summer," Obama tweeted Saturday.

"Here's a playlist of songs I've been listening to lately -- it's a mix of old and new, household names and emerging artists, and a whole lot in between."

Among the newer stuff, Obama reaches for Georgia hip-hop trio Migos and their 2021 single "Straightenin;" and Drake's "Wants and Needs," featuring rapper Lil Baby, from the Canadian's "Scary Hours 2" EP.

Obama dips back a few years even for some of the more contemporary artists. J. Cole's 2016 "Neighbors" made the cut, as did Rihanna's "Desperado" from the same year.

The older school is represented by the likes of George Harrison, who comes in with "My Sweet Lord;" Joni Mitchell and "Coyote;" The Rolling Stones and "Tumbling Dice;" as well as Ella Fitzgerald and "Lush Life."

The former President has been sharing his affinity for a broad selection of tunes for years, having dropped playlists even when he was in the White House. He's not been constrained by the summer, giving a few pointers for workouts and the holidays, as well.