Bank earnings could be ugly. Here's what to look for 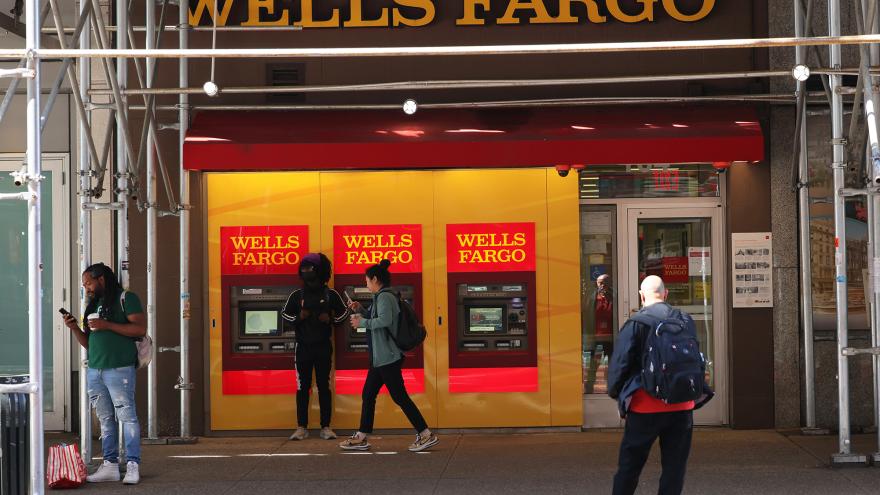 (CNN) -- Earnings season is upon us once again! It's just like the holiday season except instead of presents and sweets we get financial results and conference calls.

Big bank earnings will mark the unofficial beginning of the second quarter earnings period when they report next week, starting with JPMorgan Chase on Thursday. Citigroup and Wells Fargo will open their books on Friday.

Investors, worried about recession, will be scrutinizing the resultsfor any guidance by Wall Street's most powerful executives on the state of the economy.

Last month JPMorgan CEO Jamie Dimon said that his company is preparing for a "non-benign environment" and "bad outcomes" and warned investors to brace themselves for an impending economic "hurricane." Investors will certainly want an update from the CEO-turned-meteorologist next week.

Concerns about upcoming economic gloom have already driven a large market sell-off: The S&P 500 just closed its worst first-half of a year in over five decades, but earnings guidance has so far largely remained unchanged. This has led some analysts to wonder if the current projections will hold up during this reporting season.

"The key thing to look for is the reserves," said Tim Ghriskey, senior portfolio strategist at Ingalls & Snyder, referring to the cash that financial institutions must have on hand to meet central bank requirements. "How much they're reserving will show how concerned they are about a recession. That will be data that will be closely watched by analysts and investors alike, that's very key."

Analysts expect overall S&P 500 earnings to grow by 5.6% in the second quarter, down from an expected 6.8% at the start of April, according to Refintiv data. That would mark the slowest quarter of growth since the fourth quarter of 2020.

Financials, a sector that includes the big banks, will likely feel the burn based on tough comparisons to last year, including the release of loan loss reserves, wrote Chris Haverland, a strategist at Wells Fargo Investment Institute, in a recent note. He clocks the sector's second quarter earnings per share growth at an alarming -22%.

Federal Reserve rate hikes, meanwhile, continue to pinch banks' mortgage business. The 30-year fixed-rate mortgage averaged 5.30% in the week ending July 7, down from 5.70% the week before, according to Freddie Mac. That's the largest decline since December of 2008. Fannie Mae economists predict that total home sales will drop by 13.5% this year and that mortgage originations will fall by nearly 42%.

Wells Fargo reported a 33% decline in mortgage revenue in quarter one and JPMorgan reported a 20% drop. Analysts expect that decline to continue this quarter. The banks, meanwhile, are planning staff layoffs, according to Reuters reports.

But investors have already factored in those drops, said Ghriskey, and barring any surprises there shouldn't be any major market swings.

JPMorgan stock is down nearly 30% year-to-date. Citigroup has fallen 26% and Wells Fargo has dropped 22%.

"There isn't a lot of investment banking work going on right now. They're not making much money on equity trading. Home sales are soft," he said. "This is very typical for a Fed rate hike cycle and it does argue for the potential of a true recession sometime later this year or next year."

Hot jobs and a hawkish Fed

The US economy added 372,000 jobs in June, coming in hot with an unexpected boost in hiring, according to the monthly jobs report from the Bureau of Labor Statistics released Friday. The June jobs total far surpassed expectations, as economists polled by Refinitiv had projected 272,700 jobs would be added.

All of this sends a clear message to the Federal Reserve, say analysts: Keep on keepin' on.

"Today's jobs report does not support the argument that we are in recession presently and shows the labor market is strong enough to weather additional interest rate hikes," wrote Frank Steemers, senior economist at The Conference Board, in a note on Friday.

Federal Reserve members meet later this month to determine whether further interest rate hikes to combat inflation are warranted. In the latest meeting minutes, members said they would likely raise interest rates by a half percentage point to three-quarters of a point in July.

The market is pricing in expectations of a three-quarter-point hike at more than 95%, according to the CME Fed Watch tool.

"The better-than-expected jobs report appears to clear the way for the Fed to raise rates by another 0.75%, as widely anticipated," said Jim Baird with Plante Moran Financial Advisors. "With inflation still running hot, an unexpectedly sharp decline in labor conditions may be the only thing that would stand in the way of aggressive tightening as the Fed plays catch up. That may still happen, but it hasn't yet."