Balloon trips to the edge of space by 2021 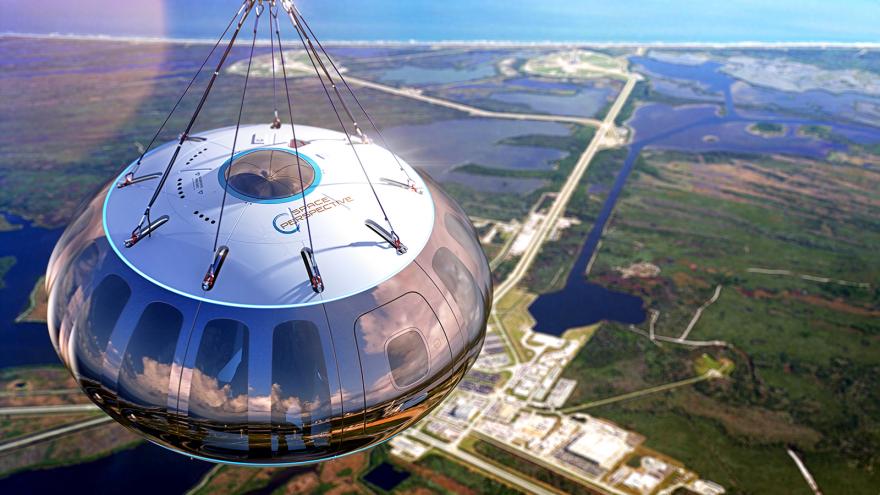 (CNN) -- If you're trying to avoid airborne viruses, heading to a near vacuum might not be the worst idea.

A Florida company is planning to fly passengers to the edge of space in a high-tech version of a hot air balloon, with a pilot and up to eight travelers riding in a pressurized capsule suspended from an enormous blimp.

Human space flight company Space Perspective has scheduled the test flight of its Spaceship Neptune for early 2021, from the auspicious surroundings of the Shuttle Landing Facility at NASA's Kennedy Space Center in Florida.

That test flight will be uncrewed and carrying research payloads, but Space Perspective hopes that in a few years it'll also be taking space tourists on six-hour sightseeing jaunts, with a refreshment bar and social media capabilities to hand.

"We're committed to fundamentally changing the way people have access to space -- both to perform much-needed research to benefit life on Earth and to affect how we view and connect with our planet," said Space Perspective founder and co-CEO Jane Poynter in a release.

As well as Kennedy Space Center, Space Perspective intends to launch from Florida's Cecil Spaceport and is planning additional launch sites around the world, including at Kodiak in Alaska. It's already possible to reserve seats on Space Perspective's website and Anchorage Daily News reports that passengers can expect to pay around $125,000 for a ticket.

The six-hour trips will involve a two-hour gentle ascent above 99% of the Earth's atmosphere to 100,000 feet -- an experience, Space Perspective says, only enjoyed so far by 20 people in human history. 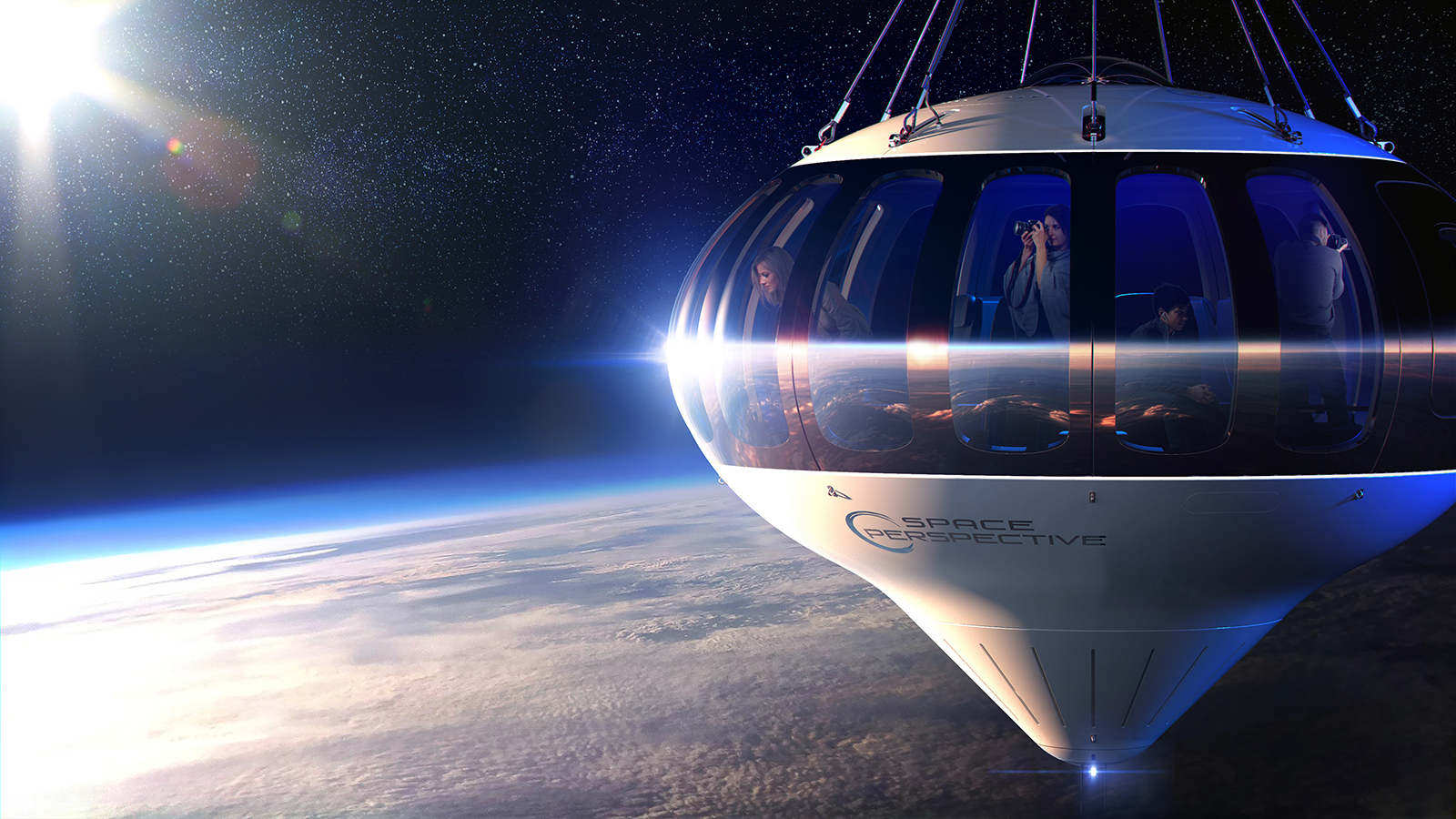 There'll be another leisurely two hours for passengers to enjoy the 360-degree views from the cabin before the spaceship makes its two-hour descent to the ocean, where it will splash down safely. Voyage to shore will be completed by ship.

The spaceship was designed in collaboration with UK design studio PriestmanGoode, which is also working on a passenger module concept for Elon Musk's Hyperloop transport system.

"We looked at all the different elements that would make the experience not just memorable, but truly comfortable as well," Nigel Goode, designer and cofounder of PriestmanGoode said in a release. "We wanted to make sure that passengers would be able to get 360-degree unobstructed views and that we created an efficient space that would enable them to move around during the journey."

The capsule is five meters in diameter, while the polyethylene balloon above has a 100-meter diameter when fully inflated, about the length of a football field.

Space Perspective claims that the process will be simple as boarding an airplane and that the capsule's pressurized capsule offers what it describes as a "shirt-sleeves environment" (although with its plans to host weddings and other events, it could also be black-tie).

The lavatory, it claims, is "the loo with the best view in the known universe," and is located in the center of the capsule in the splashdown cone.

Space Perspective's co-founders Jane Poynter and Taber MacCallum previously designed the air, food and water systems for the Biosphere 2 space base, in which they lived for two years.

"Our advanced space-balloon is designed to operate in the near vacuum found at the edge of space," says Space Perspective's website. "NASA has used similar balloons for decades for flying large research telescopes."

As helium is in limited supply and needed for critical medical applications, Spaceship Neptune uses hydrogen. "The lift gas inside the balloon is lighter than air and allows Neptune to float on top of the Earth's atmosphere like an ice cube on water," Says Space Perspective.

Deadlines for space tourism projects have a tendency to slip years past their original targets, but optimism about demand for private space travel remains high. The stocks of Richard Branson's company Virgin Galactic have almost doubled since March, despite it posting a net loss of $60 million for the first three months of the year.

Virgin Galactic announced in June that it had signed a deal with NASA to train private astronauts and coordinate potential trips to the International Space Station.

And at the end of May, Elon Musk's SpaceX became the first ever company to send humans into orbit aboard a privately owned spacecraft.

Amazon CEO Jeff Bezos also has a rocket company called Blue Origin with ambitions to get tourists into space. In April, it was announced that it's receiving a will receive $579 million injection from NASA to develop a lunar lander, which could carry astronauts to the moon in 2024.